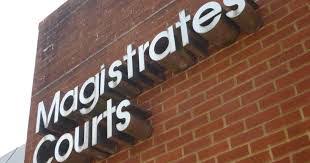 The Lagos Chapter of the Judiciary Staff Union of Nigeria (JUSUN) has eased its ongoing strike action, resolving to open the courts on Wednesdays, Thirsdays and Fridays, in what it said was a partial resumption.

The union said it decided to ease the strike action in the aftermath of a stakeholders meeting, during which 70 percent of their demands were met.

The Chairman of the Lagos JUSUN, Asiwaju Shobowale Kehinde, also confirmed that their axillary demands are being speedily looked into and results manifesting, adding that they had many interactions on the industrial action with State chairmen especially from the southwest, Southeast and south south regions.

He noted it was only Lagos State Government that has shown concerns with the JUSUN struggle.

Tough Measure! Mattawale Orders Security Agents To Shot Anyone Riding Motorcycles In State Capital Between 8pm to 6am

ACN Wants IGP To Publish Report Of Investigation Into Raid On...