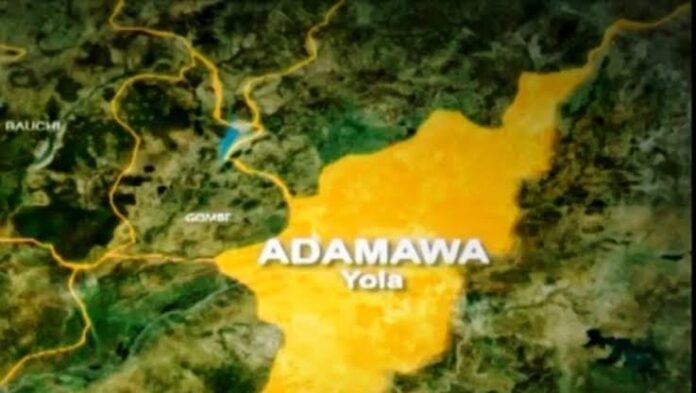 A 41-year-old man, Usman Hammawa has been arrested by the Adamawa State Police Command for allegedly beating his 36-year-old wife, Rabiyatu Usman to death for Daring to demand repayment of a N1,000 debt.

According to reports, the incident happened after a fight ensued between Rabiyatu and her husband when she demanded that he refunds her the N1,000 she lent him.

Hammanawa, who resides Jada Ward in the Ganye Local Government Area of Adamawa State, was said to have hit his late wife’s head against a wall, leading to her death.

The victim was reportedly rushed to a hospital where she was confirmed dead on arrival.

Following the incident, Hammawa, who had five children with the deceased after 16 years of marriage was arrested by the police in the Ganye LGA, after the late wife’s relatives laid complaints.

The spokesman of the Adamawa State Police Command, DSP Sulaiman Nguroje, while confirming the development, said the state Commissioner of Police, Aliyu Adamu, commended the locals and police for exposing and making it impossible for the criminal to escape justice.

According to Nguroje, CP Adamu has ordered that discreet investigations be carried out and to ensure that the suspect is prosecuted accordingly.

Nigeria Must Be Restructured Or Risk New Nations Springing Up, Jega...