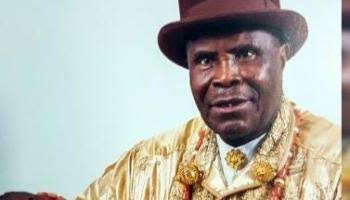 The kidnapped traditional ruler of Ikuru town in Andoni Local Government Area of Rivers State, HRM Aaron Ikuru, has regained freedom from his abductors five weeks after he was whisked to an unknown destination by gunmen men who invaded his palace on February 21, 2021.

The spokesman for his palace, Maurice Ikuru confirmed his release on Sunday morning, saying everyone is happy with the development, though he failed to give details of how the monarch, who is the chairman Andoni Council of Traditional Rulers regained freedom.

“Yes he has been released. We got the information yesterday (Saturday) night”, he said, insisting that he was released without payment of ransom.

The spokesman for the Rivers State Police Command, Nnamdi Omoni, while also confirming the development, said “the Command is in an estatic mood over what has happened.” He also added that a comprehensive press statement would be issued on the development later this morning after debriefing by the State Commissioner of Police, Eboka Friday.

Don’t Cause Problems For Yourself Because Of Tinubu’s Ambition, Bode George Warns Akande

Lagos JUSUN To Open Courts Three Days A Week, As It...