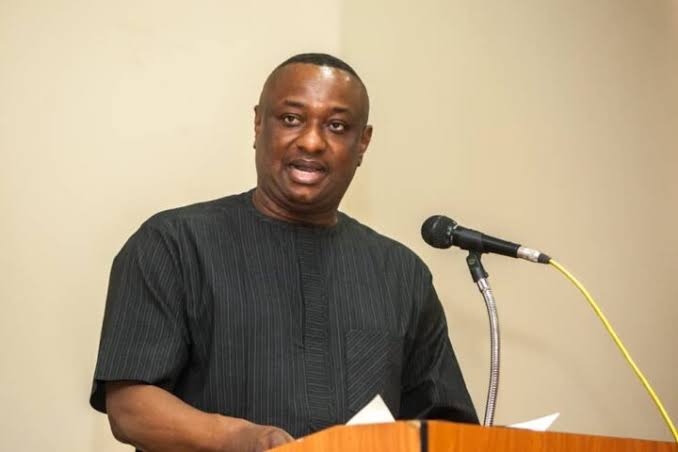 The spokesman for the All Progressives Congress (APC) Presidential Campaign Council, Festus Keyamo, has queried the presidential candidate of the Labour Party, Peter Obi and the organised labour over Obi’s promise to totally remove fuel subsidy if he wins the 2023 presidential election.

According to Keyamo, who raised issues about Obi’s promise in a statement issued on Saturday morning, the declaration is coming after the leadership of the organized labour under the aegis of the Nigeria Labour Congress (NLC), fought successive governments to keep it alive, saying it will bring untold hardship on the masses.

Keyamo also stated that he was convinced the Labour Party presidential candidate and former governor of Anambra State, did not discuss with the leadership of his party and the NLC to know their policies before making the statement to ‘excite his Obidient supporters.’

The statement read: “We note that the leadership of the organized labour under the aegis of the Nigeria Labour Congress (NLC) on Monday, September 13, 2022, at a national retreat of the Labour Party in Abuja, promised to mobilise its members across the 774 local government areas in Nigeria, to ensure victory for Labour Party’s presidential candidate, Mr. Peter Obi, in next year’s presidential election.

“We also note that in several interviews he granted in the last few months and weeks, Obi has vowed to totally remove subsidy on petrol if elected President. We also note NLC’s long-standing opposition to total removal of fuel subsidy. Other left-leaning supporters of the Labour Party were also present at the event to cheer Obi.

“Consequently, the following questions are urgently begging for answers by the leadership of the NLC. Before adopting Obi as its candidate, did the leadership of the NLC have a discussion with him on the issue of removal of fuel subsidy? If they did have that discussion, did Obi agree to back down on the issue of subsidy removal? Was that a basis for supporting him? If he did not back down on the issue, did the organised labour agree with him?”

Keyamo, who is the Minister of State for Labour, Productivity and Employment, noted that it would be reckless of the NLC to adopt a candidate without thoroughly interrogating him on his policies as they affect the Nigerian workers or the masses if no subsidy removal discussion held.

He also counseled the leadership of the NLC to come clean by making a public statement unless it has changed its earlier stance and now fully supports the removal of fuel subsidy.

“If the excuse is that Obi has said that the money saved will be used in other critical areas of the economy, how is that different from what the Buhari government is also saying?

“These questions have become necessary because Nigerians deserve to know whether organised labour’s adopted party, which is the Labour Party, supports and promotes a policy that the leadership of labour opposes in another breath, when it is adopted by the government of the day. They cannot be blowing hot and cold.

“As our Council stands for issue-based campaigns, we call on all members of the 4th Estate of the Realm not to sweep this point under the carpet and to thoroughly interrogate the NLC and the Labour Party on the one hand; and the seemingly right-leaning supporters of the Labour Party and Mr. Peter Obi on the other, on this issue so that they will come clean before Nigerians,” Keyamo stated.