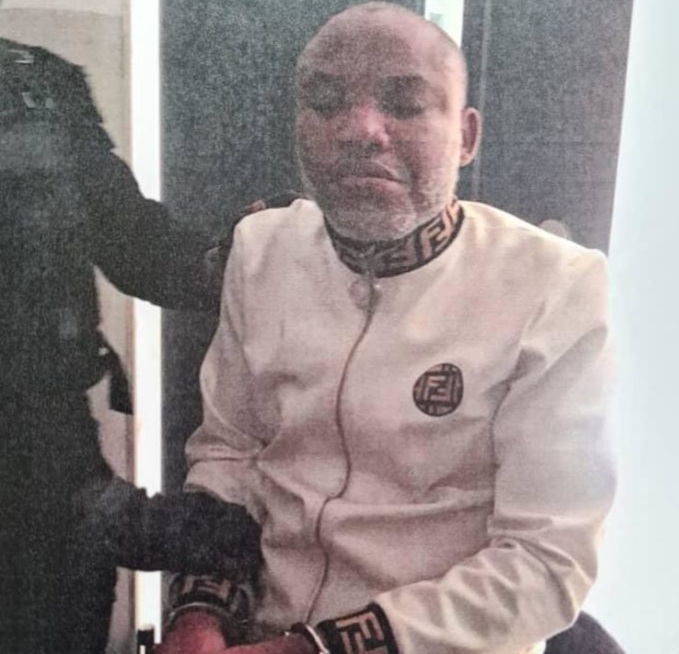 The legal counsel to the embattled leader of the proscribed Indigenous People of Biafra (IPOB), Nnamdi Kanu Ifeanyi Ejiofor, has assured members of the seccessionist group to be calm assuring them that their leader will soon be released.

Ejiofor hinged his optimism on the fact that the allegations against his client were not strong enough to convict him, urging his supporters to be patient and prayerful.

Ejiofor, who spoke during a Facebook live update by IPOB Rapture Media, said: “We’re in high spirit that Mazi Nnamdi Kanu will soon come out of detention sooner than expected, and better too.

“It’s one thing for allegations to be made, it’s another thing to establish it. But I don’t think there’s anything strong enough to convict him.”

The lawyer also claimed that there was a great improvement in Kanu’s health condition despite an alleged inhuman treatment he was subjected to while in Kenya.

“There’s no cause for worry. His health is improving. Only that he has not been allowed access to his family, particularly his wife and children, which I see as another level of mental torture.

“But we’re doing all we can to ensure he’s transferred to appropriate custodian pending when his trial commences. We’re also making efforts to get medical experts to ensure his health gets stable,” the lawyer said.

Ejiofor also said his own life was under threat for defending Kanu, saying he would continue to do his job.

“There’s no amount of intimidation or threats that can stop me from defending Nnamdi Kanu. I advise those after me to have a rethink because nobody can kill me.

“I’m a man of destiny and on a divine assignment. God has appointed me to be Kanu and IPOB’s lawyer. I’ll stand by him till victory is guaranteed. All we need from Biafrans is prayers and patience. Pray for him, and for us his lawyers too,” he said.

I Turned Lagos From A Jungle To Mega City, Tinubu Says In Mini Documentary

Not In This Era! Akeredolu Opposes Buhari On Grazing Routes