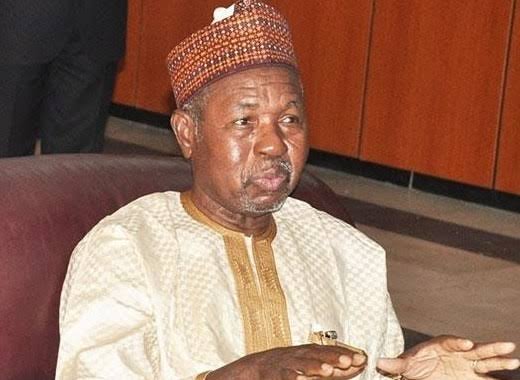 Katsina State Governor, Aminu Bello Masari has urged the Federal Government to, as a matter of urgency, declare a State of Emergency on security in the country in order to restore peace and order.

The Governor, in a keynote address at the opening ceremony of the quarterly meeting of Conference of Speakers of State Legislatures of Nigeria, explained that the Katsina State Government with cooperation of the State Assembly has provided legal framework and restructured existing ones, among other measures, to curb insecurity in the State.

He then commended the Speakers for choosing Katsina State to hold the very important meeting.

Speaking earlier, Chairman of the Speakers, Abubakar Y Suleiman said that The Conference of Speakers of State Legislatures of Nigeria is disturbed by the negative trend of the menace of insecurity in the country which has made life miserable for Nigerians.

Suleiman lamented that insecurity in the country today has assumed a disturbing dimension and hence constituted a serious threat, not only to economic growth and development, but also to the peace and unity of the nation.

He, therefore advocated for all hands to be on deck to fight the menace for the good of the nation.

“We have therefore convened this meeting to discuss and proffer solutions to this problem within our constitutional mandate. And we hope legislative frameworks at the sub-national level adopted will go a long way to compliment the efforts of the Federal Government to check the menace of insecurity in the country.’

Developing… Nedu Says Ex-wife Willingly Handed Over Children To Him