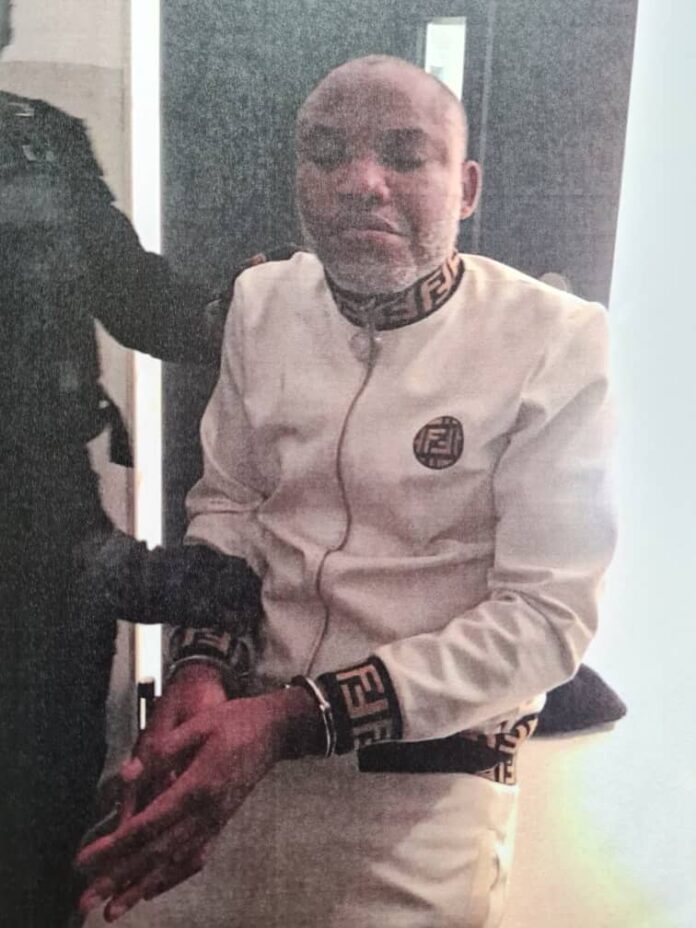 The Indigenous People of Biafra (IPOB) has called for the boycott of Kenyan Airlines and products made in Kenya by Igbos in reaction to the alleged role played by the East African country in the arrest of its leader, Nnamdi Kanu.

IPOB made the call in a statement on Thursday by its spokesman, Emma Powerful, while also berating the Kenyan President, Uhuru Kenyatta, accusing him of stopping so low to collude with the Nigerian government in setting up Kanu for arrest.

Vowing that Kenyatta would held accountable for his action, IPOB alleged that President Kenyatta and his government planned the abduction immediately Kanu entered the country before alerting Nigeria of his presence in Kenya and subsequent abduction with the assistance of Nigerian security agents.

The statement read: “We, the global movement of the Indigenous People of Biafra, express our disappointment with President Uhuru Kenyatta of Kenya and his Government over his role in the abduction of our Leader, Mazi Nnamdi Kanu and his subsequent smuggling into Nigeria by the wicked Nigeria security agents.

“We are still at shock why a President like Uhuru Kenyatta would stoop so low to collude with a terror-friendly government like Nigeria under President Muhamadu Buhari to abduct and dehumanise our Leader for doing nothing other than demanding the freedom of Biafrans from Nigeria’s bondage.

“Based on our preliminary findings, President Uhuru Kenyatta was very instrumental to the abduction of our Leader in Kenya. The treacherous action of Uhuru Kenyatta against Nnamdi Kanu and Biafrans at large is a clear violation of the 1949 Geneva Convention, and United Nations Code.

“We still don’t understand why Uhuru Kenyatta and some corrupt officials of his government would prefer to betray Nnamdi Kanu and Biafrans.

“Is it because of Nigeria oil money? Is it because of the paltry N100 million bounty placed on Kanu’s head by some Northern charlatans? Why would President Uhuru Kenyatta sell our leader, Mazi Nnamdi, to the evil hands of Nigerian government?”