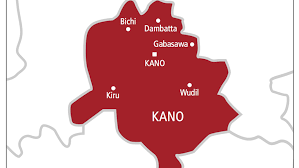 A pilgrim from Kano State, Sani Idris-Muhammed has been confirmed to have died in Saudi Arabia during the 2022 Hajj by the Kano State Pilgrims Welfare Board.

The Executive Secretary of the State Pilgrims Welfare Board, Alhaji Muhammed Abba-Danbatta, disclosed this to newsmen on Saturday in Kano.

According to Danbatta, Idris-Muhammed, who hailed from Madobi Local Government Area, died on Saturday after a brief illness in a General Hospital at Mecca.

“The deceased has been buried according to Islamic rites at Grand mosque at Masjid Haram Shira yard in Mecca,” he said.

Abba-Danbatta prayed for the deceased and consoled his family.

Don’t Be Too Smart, Ehanire Tells Nigerians Paying To Be Vaccinated