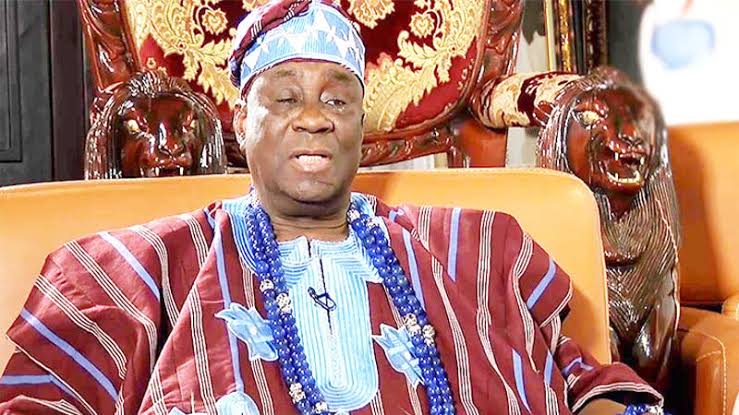 Nigerians have taken to the social media to call for the arrest and prosecution of the Oba of Lagos, Rilwan Akiolu for money laundering over his claim that $2 million and N17 million were stolen when youths invaded his palace in the aftermath of the #ENDSARS protests of October, 2020.

Akiolu, while speaking in Lagos on Wednesday said: “I will support anything that will move Lagos forward. I have appealed to the Federal Government to assist Lagos with what we have suffered. The incident that happened here from October 20th to 23rd is so saddening.

“Many buildings were burnt, including vehicles used to generate income. I can now say publicly that they stole $2 million and N17 million from my palace.”

Shocked by the revelation, Nigerians took to Twitter and Facebook to call for his investigation and prosecution for money laundering.

A Twitter user, @uncle_ajala, wrote: “The Oba of Lagos says that $2 million and N17million were stolen when hoodlums attacked his palace during the last #EndSARS protest. He should be telling EFCC what he was doing with that amount and how he got the $2m after this revelation.”

Another Nigerian on Twitter, @Intergrity56, wrote: “Is Oba of Lagos operating a BDC (Bureaux De Change) in his palace? Is this not some violation? Is this not money laundering @officialEFCC?

While @ImportedAlhaji asked: “Please where did he get that money and when EFCC going to call him in for questioning him? Or Palace don turn to bank these days?” he asked.

Desperate Moves: PDP Alleges Ayade Is Enticing Lawmakers, Others With Millions To Defect To...