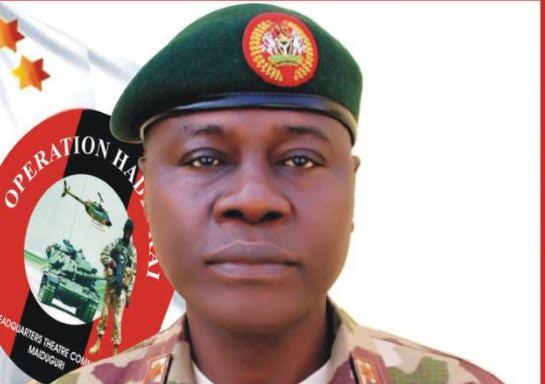 President Muhammadu Buhari has appointed Major General Farouk Yahaya as the new Chief of Army Staff, the spokesman of the Nigerian Military, Brigadier General Onyema Nwachukwu said in a statement in Thursday.

Major General Yahaya is taking over as the COAS after the death of the last occupant of the office, Ibrahim Atahiru, a Lieutenant General.
NaijaNewsNow reports that Atahiru died alongside 10 other military officers in the ill-fated Nigeria Air Force Beachcraft 350i that crashed at the Kaduna International Airport on Friday last week. He was buried on Saturday at the Military Cemetery in Abuja.

This is according to a statement signed and released on Thursday by military spokesperson Brigadier-General Onyema Nwachukwu.