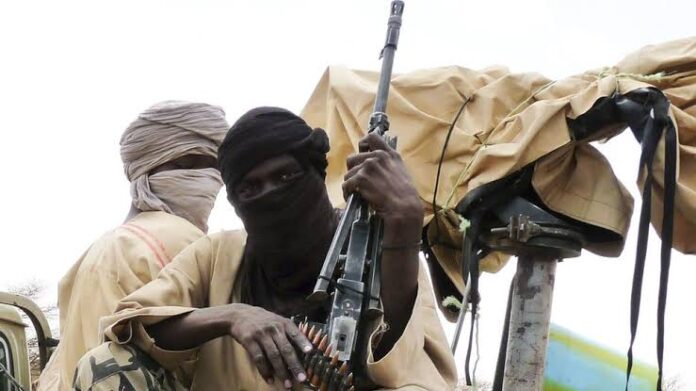 Reports from Zamfara State say bandits are currently unleashing mayhem on Shinkafi Local Government Area of the state, following the arrest of the father of their leader by security agents.

An indigene of the area, Malam Ahmed Shinkafi, who spoke to The PUNCH, revealed that security agents in Jigawa State arrested the father of a bandits’ leader called Turji.

The Punch report qouted Shinkafi as saying: “Turji gave an ultimatum to the security agents to release his arrested father before Eid-el-Kabir or he would terrorise the whole area.”

Shinkafi further stated that the bandits have since started unleashing mayhem on the people of the area since the bandit father’s arrest, adding that they have already kidnapped many people.

According to him, more than 23 villages were deserted by their inhabitants due to fear of the bandits’ attack and that more than 6,000 people have fled to Shinkafi town for safety, lamenting that most of them were in a terrible situation.

“The villagers are in a terrible situation because of lack of food and shelter as many of them are squatting at Shinkafi local government secretariat”, he said.

Speaking on the development, the spokesperson of the Zamfara State Police Command, Mohammed Shehu, said the father of the bandits’ leader was not arrested in Zamfara State, adding that the police command has since drafted security personnel to restore peace in the area.

South-East Leaders Nail Biafra’s Coffin, Insist IPOB, Others Not Speaking For The Zone