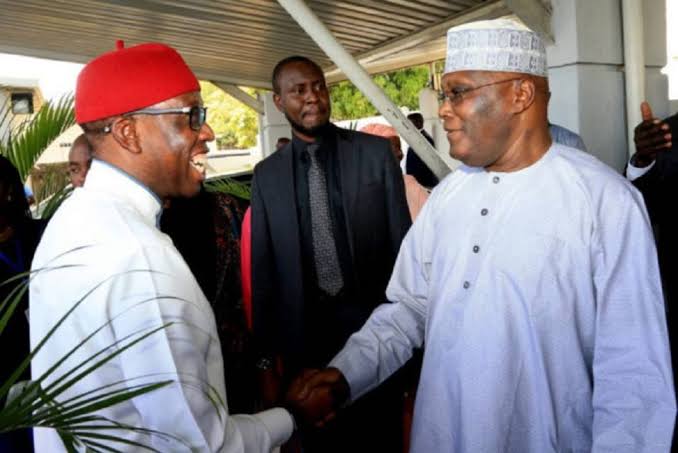 Atiku, a former Vice President, made the announcement on Thursday via his social media handles.

Atiku posted: “I am delighted to announce Governor Ifeanyi A. Okowa as my Vice Presidential candidate.

“I look forward to travelling our great country together, engaging with all Nigerians and building a shared future of peace, unity, and prosperity for all. As One We Can Get It Done. #OneNigeria.”

Okowa, Rivers State Governor, Nyesom Wike and his Akwa Ibom counterpart, Udom Emmanuel were said to be in the race for the running mate to Atiku before the announcement of the choice of Okowa.

COWED? Obaseki In Desperate Move To Mend Fences With Oba Of...