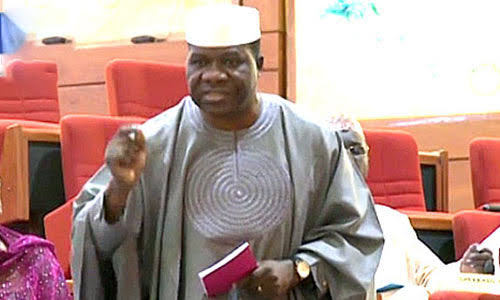 The Nigerian Senate on Monday added its voice to the calls for financial autonomy for state judiciaries, declaring that it is non-negotiable.

It also asked governors across the 36 states of Nigeria to save the nation’s democracy from collapsing by granting full Independence to the judicial arm of government.

The Chairman, Senate Committee on Judiciary, Human Rights and Legal Matters, Senator Opeyemi Bamidele, made the call while reacting to the protest staged at the National Assembly by the Nigerian Bar Association on the issue.

Bamidele, while speaking with journalists, said state governors should emulate the Federal Government by granting independence to the arm of government.

He said: “It is laughable that at this point, we are still grappling with the need to grant independence to the judiciary arm of government at the state level and at the local governments levels.

“The National Assembly has been making laws that would guarantee full autonomy to the judiciary at the Federal level.

“The National Assembly does not make laws for the states, such power resides in the state Houses of Assembly.

“Judiciary at the Federal Capital Territory is independent because we have done what we (National Assembly) are supposed to do.

“What is next is for the state Houses of Assembly to do what they are supposed to do.

“As a principle, and as a policy, members of the Senate Committee on Judiciary, Human Rights and Legal Matters, have tried not to call on those who are protesting to stop such protests.

“We do not want protests but definitely, we would rather talk more to state governors houses of Assembly and other stakeholders to do the needful in the overriding public interest.

“We cannot continue to call on the judiciary to give peace a chance when we know the conditions under which they work cannot guarantee a passionate and enhanced delivery of justice.

“This is central and crucial to the independence of the judiciary in this country. We must not be left behind by the rest of the civilized world.

“Nobody stands to lose anything by granting independence to judiciary at the state level since it has been done at the national level.

“The fact that workers and staff of federal judiciary are joining the protest is only in solidarity with their colleagues at the state levels.

“It is a union matter and we do not have control over it. We are hereby calling on the state governors to do the needful because the independence of the judiciary is non-negotiable.

“No democracy can survive without being founded on the rule of law and independent judiciary.”

Stop Running, Tonto Dikeh Calls Out Ex-Lover, Asks Him To Face The Consequences Of...

Nigerian Fareedah Oyelola Emerges One Of The Best Students In The...