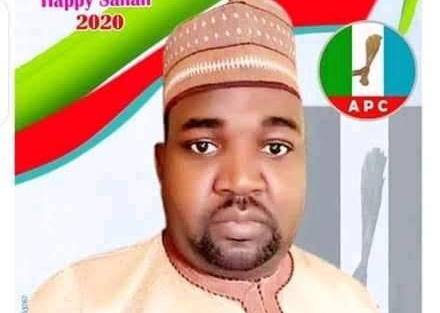 In an era where funds have become scarce even at the Federal and state levels, a Local Government Chairman in Kano State, Hassan Farawa, on Wednesday inaugurated 55 special advisers and special assistants to ‘help him discharge his duties’.

Farawa’s appointment of the 55 aides has only added to the absurdity witnessed when a councillor, Muslihu Ali Yisuf, representing Guringawa ward in the same Kumbotso LG, appointed 18 people to serve as his aides.

Farawa, while speaking at the inauguration of the new appointees, commended the state governor, Dr Abdullahi Ganduje, for his commitment to eradicating poverty in the state, and thanked the state’s acting chairman of the All Progressives Congress (APC), Alhaji Abdullahi Abbas and the Commissioner for Local Government Affairs, Alhaji Murtala Garo, for their support.

He also charged the new appointees to discharge their duties diligently to move the local government to the next level, calling on them to be good ambassadors, and as well avoid anything that would tarnish the image of the Local Government and Kano State, in general.

There is no doubting the fact that the obviously bloated appointments from both men are seen as a way of eradicating poverty, without taking into cognisance the financial implications and burden such portends.

NaijaNewsNow recalls that allocation from the federation account has continue to nosedive, prompting the inability of several states in the country to find it difficult to pay salaries as at when due, with many still unable to implement the new national minimum wage.

It beats imagination how Farawa and Yusuf hope to maintain their large number of aides without allowing it to impact negatively on service delivery to the common people in the grassroots and the payment of salaries to staff of the local government, especially teachers in primary schools, which is the responsibility of the third tier of government.

It is even more worrisome how a councillor, hope to pay the salaries and allowances of his 18 aides, without recourse to unhealthy practices and without official accommodation of these by the local government.

Obviously, these appointments are nothing but mere jobs for the boys but at what price?

NDDC Board, IYC And Tompolo: What Is Really Stopping Buhari, Akpabio?

It’s Fake! Oyo Says No Student Was Turned To Tubers Of...

Very Handy! Malami Says Ibori Loot To Be Used For The...

Hope Rising! FG Says Agreements Have Been Reached With ASUU