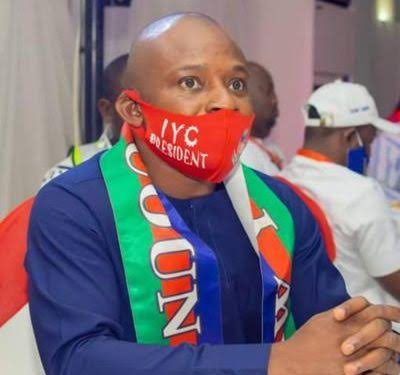 In what appears to be a record time release of an abduction victim, the President of the Ijaw Youths Council (IYC) Worldwide, Peter Igbifa has regained freedom.

NaijaNewsNow reports that Igbifa was abducted by armed masked men along the Port Harcourt International Road in Rivers State while on his way to the airport to catch a flight to Abuja for a meeting.

Oredipe further stated that the police rescue Igbifa after he was dropped in the Bayelsa community, who took him to Governor Diri in Yenogoa.

“He was dropped off in one of the communities in Bayelsa. Thereafter, the police rescued him. He was taken to the Governor. So he is in Yenagoa for now,” Oredipe stated.

NaijaNewsNow reports that there had been protests in different parts of the Niger Delta, as Ijaw youths embarked on their threat to shutdown the region over the non inauguration of a substantive board for the Niger Delta Development Commission (NDDC)

21-Yr-Old Man Arrested For alleged Kidnap, Murder Of A 13-Yr-Old Hawker In Kano

CONUA Says Things Have To Be Done Differently To Resolve Crisis...