Home Crime It’s The Easy Way Out, Suspected Bandits Explain Why They Took To... 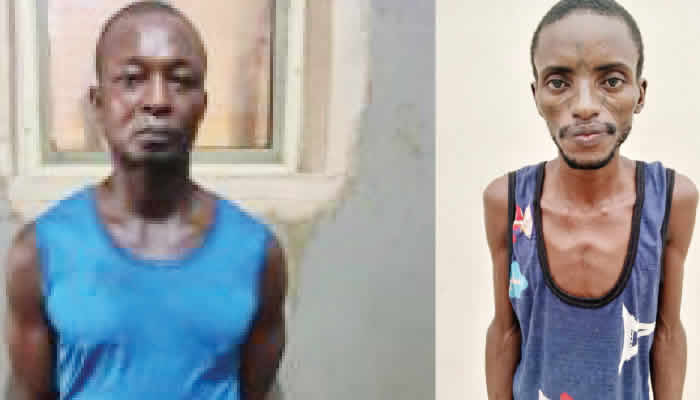 Abdullahi Danshoho and Illiyasu Salleh, two suspected bandits arrested for the kidnapping of two patients and a nurse at a hospital in Nasarawa State, have said that they took to kidnapping because it was an easy way to make money.

The suspects and their gang members still at large, were alleged to have invaded Kunwarke Clinic and Maternity in Lafia, Nasarawa State, sometime in November 2020 and abducted two patients and a nurse, collecting N6 million in the process as ransom.

The 25-year-old Danshoho, in his confession, said: “I finished my NCE (Nigeria Certificate of Education) in 2020 but I have yet to collect my results. I became a truck driver but things were difficult. I met my friend, Illiyasu (Salleh), sometime in September 2020 and he told me the easy way to make money. He told me that kidnapping was the only way out. He told me to look for people with money that we can kidnap.”

According to him, he had participated in five kidnap operations – the last being in December – including the abduction of his neighbour who refused to give him money. He further stated that he gave the man’s details to Illiyasu who arranged his abduction, adding that he got N100,000 share from a ransom paid.