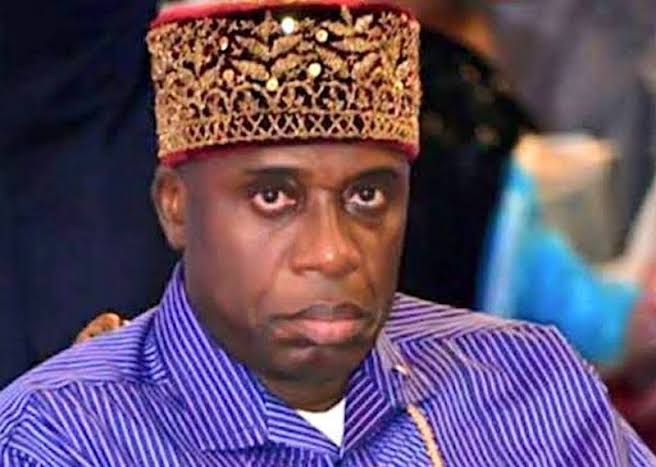 The Minister of Transportation, Rotimi Amaechi, on Thursday boasted that as a former boss to Governor Nyesom Wike of Rivers State, it would a low for him to discuss the governor.

Amaechi, who spoke while featuring on Arise TV, was responding to questions on an allegation by Wike that the Federal Government was shielding him from prosecution for allegedly defrauding the state while he was Governor.

“I didn’t say that, that will be disrespectful of a governor; I only say that I don’t make statements under the influence of alcohol. Some people are attaching meaning to what I say”, he said while denying calling Wike a drunk.

He said further: “I don’t think I want to address the issue of the governor, I have made my point, I have moved on. He was my staff, I can’t bring myself low. I was a governor, I was also a speaker, I’m a minister. I was two-term chairman of governors’ forum. The same when I was a speaker. Why should I be discussing about him.”

Late COAS, Other Senior Officers For Burial In Abuja Today at 1pm

IGP Adamu Indicts State Govts, Says They Are Not Cooperating With...