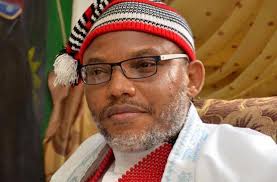 Nigerians woke up to the news of the attack by gunmen on the Owerri Correctional Centre, the state Police Command headquarters and and the cells of the State Criminal Investigation Department (SCID) in the early hours of Monday.

NaijaNewsNow reports that more than 1,500 inmates of the Owerri Correctional Centre were released by the gunmen, while detainees at almost all the SCID cells were freed. Also, almost all the cars at the police headquarters were burnt.

The attack is coming on the heels of attacks on police formations and killing of security agents in Anambra State, fuelling insinuations that the Indigenous People of Biafra (IPOB) and its security arm, Eastern Security Network (ESN).

Coincidentally, few hours after the attack, the leader of IPOB, Nnamdi Kanu, in a Twitter post, said no Nigerian deserves to be in the country’s prisons.

According to him, his stance is based on the treatment received by some groups whom he said get freed and rehabilitated after they were arrested by authorities.

He said on Twitter: “If Miyetti Allah terror herdsmen & other murderous #Fulani groups, including Boko Haram insurgents, can be arrested, freed and rehabilitated by this neo-colonial Fulanised @NGRPresident, then no single soul deserves to be in any prison in Nigeria. If you know you know! #UGM.”

Though IPOB had denied involvement in the attacks on police formations and officers in Anambra, the coincidence of Kanu’s tweet and the attack on the Correctional Centre and Police facilities in Owerri, may just be more than coincidence.

Suspicions of IPOB/ESN complicity in the attacks is even more reinforced as it all started after the Nigerian military dislodged ESN operatives from the Orlu area of Imo State through aerial bombardment and ground offensive.

As it stands, IPOB/ESN may have more excuses or explanations to make before Nigerians can believe it has nothing to do with the spate of attacks. Until that is done, Nigerians and the government may have good reasons not to believe IPOB denials.

The Face Of A Liar, PDP Taunts FG Over New Unemployment Figures