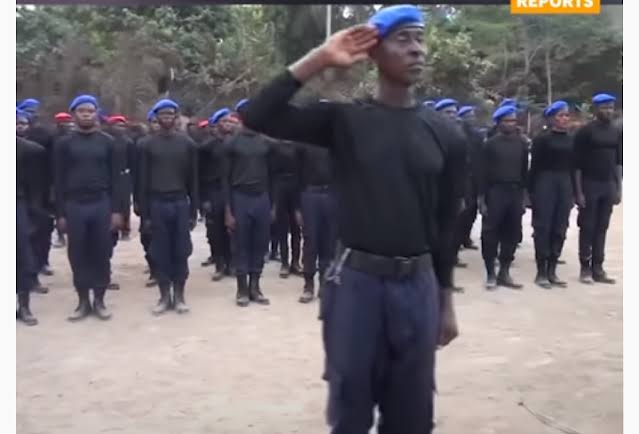 The Indigenous People of Biafra (IPOB), on Sunday said it will soon launch its security outfit, the Eastern Security Network (ESN) in the Northern part of the ccountry.

The group also kicked against the planned deployment of 5,000 vigilantes to the South-East region by the Miyetti Allah Cattle Breeders Association of Nigeria (MACBAN).

MACBAN had on Saturday, vowed that it would deploy 5000 of its vigilante to the South-East region to protect herders and their cattle.

IPOB, in a statement signed by its Director of Media and Publicity, Emma Powerful, on Sunday, said it was ready to resist the plan by Miyetti, adding that such threat was an insult on Igbo land.

Powerful also insisted that the security outfit for the South-East geopolitical zone floated two weeks ago by governors of the region was dead on arrival.

“The attention of the Indigenous Peoples of Biafra, IPOB, has been drawn to the threat by MIYETTI ALLAH to deploy 5000 jihadists to Biafra land to protect their cows and herders following the floating of Ebubeagu security outfit by South-East governors. We consider this utterance an insult to the entire Biafra and won’t tolerate it despite our grievances against the treacherous South-East governors and the political elite.

“The South-East governors must understand that the federal government of Nigeria sponsored Miyetti Allah to make this reckless utterance. The earlier they understand that IPOB is not their problem the better. They should stop betraying us but appreciate our sacrifices in the defence of our ancestral land.

“The Miyetti Allah and their terrorist group should know that they shouldn’t play God forever. They are trying to provoke ESN and IPOB to take drastic action. IPOB and ESN are running out of patience with their insults. They should retrace their steps now! Let them come we are waiting for them. Soon they will see ESN in the North.

“Fulani terrorists are thinking that Biafraland is easy to penetrate the way they penetrated Hausa land and conquered them in 1804. If Miyetti Allah and their sponsors in Aso Rock attempt to do in Biafra land what they did in Hausa land, they will regret their actions. ESN and IPOB are prepared for them. They can intimidate South-East governors but they can’t intimidate IPOB and ESN. No inch of Biafra land will be relinquished to Fulani jihadists.

“If Miyetti Allah jihadists step into our land they will be like abandoned corpses in the bushes and forests in our territory. Nigerians can melt before Miyetti Allah but not IPOB and ESN. Miyetti Allah must not try IPOB and ESN because they cannot withstand our venom.

“We hereby declare an end to open grazing throughout Biafra territory. If we get any cow grazing openly on our farms again, both the cow and the murderous herder shall not live to tell their experience.

“Those spearheading the formation of EBUBEAGU security network are failures. When our people needed them for protection they were nowhere to be found. Instead of standing to be counted, they were rather waiting for instructions from the Caliphate. And now that their slavemasters in Abuja and Sokoto have instructed them on what to do, that’s why they hurriedly announced the imaginary EBUBEAGU outfit. The outfit is dead on arrival. It’s a suspect.

“We know their mission: the outfit will be an extension of the Nigeria security agencies to spy on our gallant Eastern Security Network, ESN, and pro-Biafra groups. The so-called EBUBEAGU will be infiltrated by thugs and saboteurs to hunt ESN and IPOB members. They want to fight us using our own people. But we are smarter. We are miles ahead of their game plan.

“Coming at a time IPOB already has the Eastern Nigeria Security Network, ESN, there seems to be a lot of concerns about how Ebube Agu would work side by side with ESN.

“IPOB members and ESN operatives can’t work side by side with any other group that does not know how we operate. In fact, EBUBEAGU is a suspect. We can never operate together or co-exist. One must give way for the other. We can never trust any outfit formed by our saboteur governors for the security and defence of our land.”