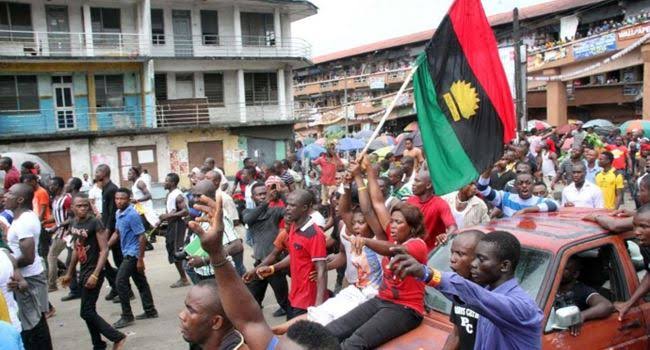 Proscribed successionist group, the Indigenous People of Biafra (IPOB) has said it has no plan to attack Northerners or non-Biafrans in Igboland.

IPOB also said that Igbos are accommodating, hospitable and the only race that could do anything to protect a non-indigene during aggression and attacks.

The group equally claimed that it has intelligence that the allegation emanated from the Nigerian Army, adding that it was aware the Army and other security agencies were plotting to unleash mayhem in the South-East region and then point accusing fingers at the group.

The group’s Director of Media and Publicity, Mr. Emma Powerful, stated this in a statement on Thursday.

The statement read in part: “Based on the internal memo from the Nigerian Army intercepted by the IPOB intelligence unit, M Branch, we wish to reiterate for the umpteenth time and assure all non-Biafrans resident in Biafra land and the general public that IPOB has no plans whatsoever to attack Northerners or any other non-indigenes living in the Biafran territory.

“As a matter of fact, Igbo is the only race that will defend or take the side of a visitor or sojourner in our land against his own brother/sister because our culture and the land of Biafra forbid injustice.

“Mr. Powerful alleged that the memo, which was intercepted by IPOB’s M Branch emanated from the Nigeria Military. He added that the IPOB was aware of a plan by the army and other security agencies to instigate violence in Biafra land as well as other parts of Nigeria and point fingers at IPOB.

“We saw them play this out during the Ghana- Nigerian match at the Moshood Kashimawo Olawale Stadium in Abuja even though they had credible intel that Fulani terrorists were planning to attack the stadium. Their intention then was to create distrust between Biafrans and the Yoruba nation. Now they want to try the same game by this attempt to create distrust and confusion between Biafrans and Northerners living in Biafra land with the singular aim of jeopardising and endangering the lives of Biafrans resident in Northern Nigeria.

“The Nigerian Army working in collaboration with the Nigerian Department of State Services must know that their gimmicks and antics are dead on arrival because IPOB has continued to protect non indigenes residents in Biafra land against any form of intimidation or attack from Fulani terrorists.

“The IPOB leadership call on all residents in Biafra land, both Biafrans and non Biafrans, to ignore this deliberate falsehood from a terrorist infested and discredited Nigerian Army headquarters and unequivocally assure them of their safety and enjoin them to go about their businesses anywhere in Biafra land without fear of molestation.

“The people that are not and will not be welcomed in Biafraland are Fulani terrorists masquerading as herdsmen who are destroying our farmlands with their unclean cows, molesting and raping our mothers, sisters, and wives farming in our bushes and forests, and murdering our people doing their legitimate farm work.”

2023: Ohuabunwa Promises Quality Leadership That Will Run Nigeria Like A Business

I’m Waiting For Them To Mess Up, Toke Makinwa Says Of...