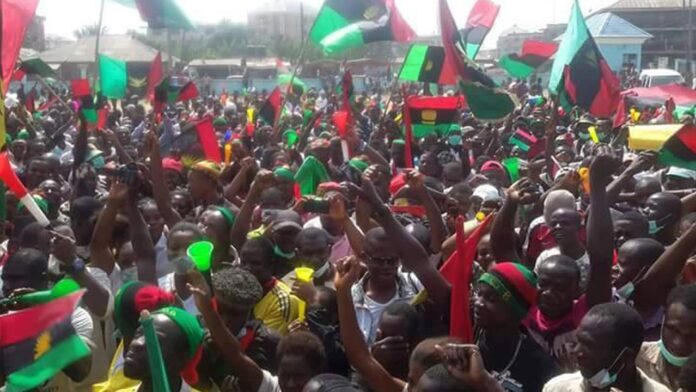 The Indigenous People of Biafra (IPOB) has alleged that security agents are going from house to house abducting and killing youths in the South-East.

Emma Powerful, which stated this in a statement, also accused the Nigerian Army and other security agencies of desperately looking for ways to incriminate IPOB and ESN to justify the continued extrajudicial killings of their members.

The statement read in part: “The attention of the Indigenous People of Biafra has been drawn to the fallacious and fabricated statements credited to the Commander, 34 Field Artillery Brigade Obinze, Gen. Raymond Utasaha, and Commissioner of Police, Imo State, Alhaji Abudu Yaro, that IPOB killed 128 security personnel in Imo State.

“The statements are not only fabricated, but ridiculous and untenable. How could IPOB that is not armed be able to kill as many as 128 security personnel in one state? What an illogical and ridiculous claim.

“We therefore wish to declare for the records that IPOB did not kill any security personnel in Imo or any state for that matter. IPOB, since inception, has remained a peaceful movement with the sole mandate of restoring Biafra.

“We have not changed our non-violent philosophy for the restoration of Biafra. If for any reason we need to change our peaceful approach, we shall make same public, but for now, we have not gone into arms struggle, and don’t intend to.

“It will be necessary again to clarify that IPOB is not, and should not be taken for ‘unknown gunmen’ that have been reportedly having issues with security agencies in parts of the country, especially the defunct Eastern Nigeria. IPOB should not be held responsible for the activities of a group not commissioned by us.

“Importantly, the Eastern Security Network set up in December 2020 has no relationship whatsoever with the unknown gunmen. ESN was a child of circumstance established to resist the killer herdsmen rampaging our communities. ESN operatives are in the forests where they are keeping their appointments with those invading our ancestral land.”