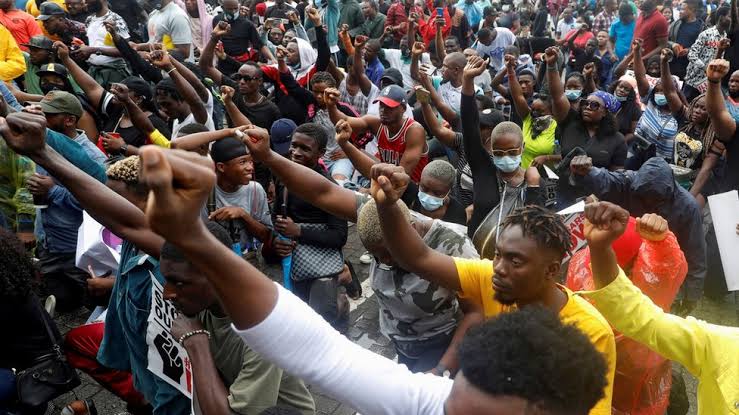 The Coalition of Civil Society Organisations (CSOs) in Nigeria on Sunday placed Nigerians notice to prepare for a protest march and a boycott of the 2021 Democracy Day on May 29 to press home their dissatisfaction over the growing insecurity in the country.

In a joint statement by 125 CSOs and private individuals on Sunday, the coalition bemoaned the spate of insecurity which has gotten to levels never envisaged in years past.

Quoting a report by the Global Terrorism Index (GTI), the Coalition lamented that no fewer than 1,606 Nigerians, including women and children, were killed in 125 fatal incidents, an average of 13 per incident in 2020, as Nigeria ranked third-most terrorized country in the world.

“Following its sharp increase of 43 per cent in mass atrocities in 2020, Nigeria has continued to experience a decline in security across the nation.

“In the first quarter of 2021(January to March), we recorded an all-time quarterly high of almost 2000 fatalities from mass atrocities incidents across the country,” the coalition said.

It also said it was appalling that the President Muhammadu Buhari-led administration had failed to key into the issues raised in its February statement that demanded that he should resign or should be impeached by the National Assembly due to the rising insecurity.

“Gross injustices by President Buhari’s government against the Nigerian people such that peaceful protesters are threatened and attacked by the government’s security agents while terrorists carrying out mass murder, rape, maiming and kidnapping of Nigerians including women and children are feted, mollycoddled, granted ‘amnesty’ and paid by the government,” the CSOs said.

The further added: “We are therefore calling on all Nigerians to register their displeasure with the state of affairs across the country by participating in a series of mass actions from Monday, the 26th of May 2021, participate in solemn assemblies across the country to commemorate the 4th National Day of Mourning and Remembrance of Victims of Mass Atrocities on May 28th, 2021, and boycott all Democracy Day activities on May 29, 2021, in protest of the deplorable state of our democracy.”