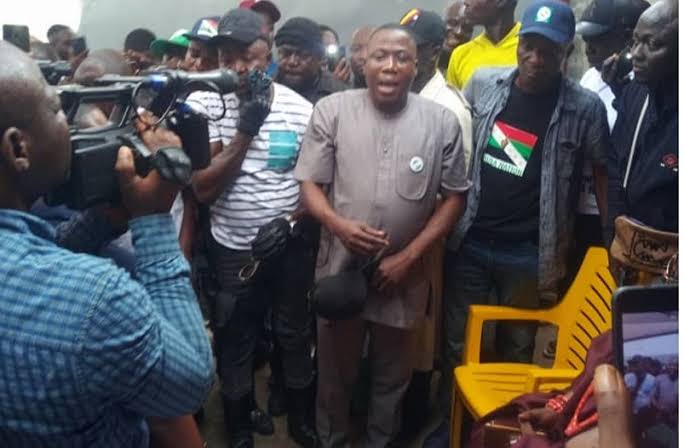 Yoruba activist, Sunday Adeyemo, popularly known as Sunday Igboho on Saturday insisted that there won’t be elections in 2023, insisting that the Yoruba Nation must be liberated.

Adeyemo stated this at the Palace of Deji of Akure, Oba Aladelusi Aladetoyinbo, when Yoruba Nation agitators visited the traditional ruler on Saturday as part of the self determination rally held in the ancient town under the umbrella of Ilana Omo Oodua.

According to Igboho, who explained that the agitators did not plan to stop their campaign until the Yoruba Nation became a reality, also canvassed for traditional rulers to be given prominent roles in the constitution to enable them to get more involved in the administration of the state and local governments.

He said: “Traditional rulers are supposed to be the father of all but they have been relegated and I believe all these anomalies would end when Yoruba Nation comes to being.

“Politicians have sold us to Fulani and now these Fulani are beyond their control. It is time we free ourselves. No going back on the agitation, no election in 2023 and I have a strong belief that we are going to succeed.”

Speaking further, Igboho said the Yoruba Nation agitators had the support of the Ondo State Governor, Rotimi Akeredolu, to hold a rally in Akure.

“The governor is aware of these things we are doing, we have his support. We are no more under the Fulani. All we want is Yoruba Nation,” Igboho declared.

Ndume On Electronic Transmission Of Results: My Constituency Has No Light, Internet

Soludo Apologises Over Fight Between Bianca, Obiano’s Wife At Inauguration