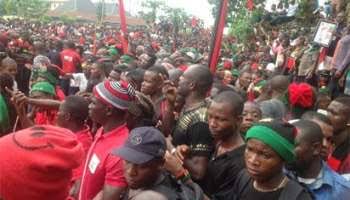 A youth group in the South-East, the Coalition of South-East Youth Leaders (COSEYL), on Monday said denying the zone the 2023 presidency amounts to a declaration of political against Igbos.

The President General of the group, Goodluck Ibem, in a statement said the time has come for the South-East to produce a Nigerian president. According to him, the zone has sacrificed, worked and waited patiently for the plum job and cannot accept any form of excuse this time.

He said: “It is an undeniable fact that Ndigbo have been more committed to the development and economic advancement of the country and deserves to be supported by other geopolitical zones to occupy the number one office in the country.

“The orchestrated plot by some persons to jettison zoning of the presidency now that it is the turn of the South-East to produce a Nigerian President come 2023 is a declaration of political war against Ndigbo.

“It is a calculated attempt to relegate to the background all the sacrifices and political investments made by Ndigbo towards the progress of the country and we will resist it.”