Home Scoop If There is Honour in Nigeria, APC Govt Should Have Resigned –... 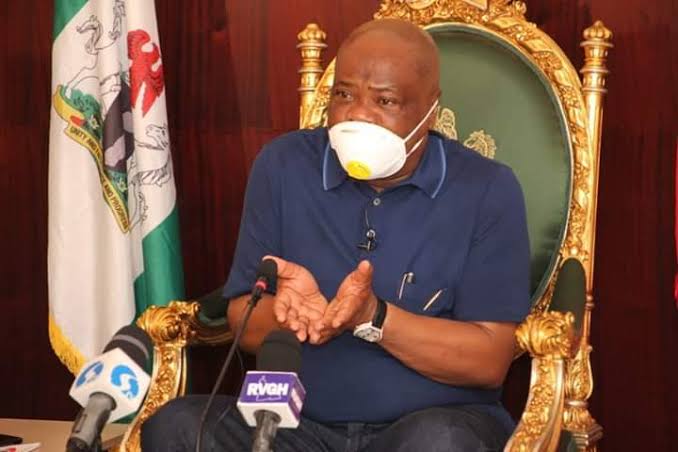 Rivers State Governor, Nyesom Wike has said that the All Progressives Congress (APC) led Federal Government should have resigned if Nigeria is a country where honour and integrity is valued.

Wike stated this while hosting members of the South-South Zonal Working Committee of the Peoples Democratic Party (PDP) in Port Harcourt, the state capital.

According to the Wike, the APC led Federal Government does not care if dead bodies are littering all roads in the country, adding that though APC governors have come out to say the federal government will solve the security problems, people are still dying.

A statement issued by the governor’s media aide, Kelvin Ebiri, qouted Wike as saying: “If Nigeria is a nation where honour and integrity are valued, the present APC led federal government which does not care if dead bodies are littering all the roads in the country, will honourably quit power.

“APC governors have come out to say the present APC federal government will solve the security problems. But every day, people are dying. When will they solve the problems?.

“Own up and say to Nigerians, we have failed on the promises that we made to you. And honourably say, as it is done in other advanced countries, that since we cannot perform and carry out the covenant we have with Nigerians, we have decided to quit.

“Every reasonable Nigerian, every nationalist who believes in this country should come up and make sure this country moves forward. If not, it is going to affect everybody.”

We Are Longer Part Of Nigeria, Yoruba Agitators Say In Ibadan...