Home Scoop I Will Win The Presidency In 2023 Just Like My Father Won... 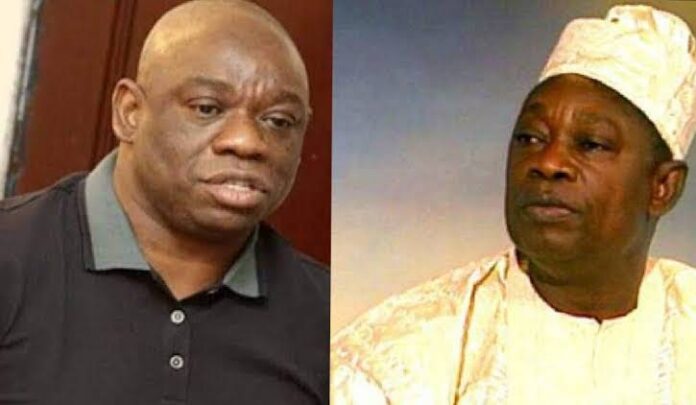 The presidential candidate of the Peoples Redemption Party (PRP), Kola Abiola, has said that he would win the 2023 presidential election just the way his father, MKO Abiola won in 1993.

Kola who stated this at the national headquarters of the PRP in Abuja where he was presented with his certificate of return, clarified that he joined the PRP not because he was looking for a platform to contest the Presidency, but because of the party’s ideology.

Kola Abiola said: “I didn’t join the PRP because I was looking for a platform. I joined the PRP after doing my research. I joined because I believed in its ideology. There will be no sabotage from in between because we have not eaten anything before.

“I want to appeal to the youth to know that we are the vehicle of change. We are going to run an all-inclusive government. If we can win the 1993 election about 30 years ago, we can also win it now. I won Kano in 1993 with my father, collectively, and we must win it again. To make this happen, our thought process must change.”

I See Hope! Obasanjo In a Poetic Rendition, Says His Faith In Nigeria Remains...

Obiano Did Not Disguise To Travel Out Of Nigeria, Anambra Commissioner Says, Accuses EFCC...

Bayelsa Does Not Have Grazing Routes, Gov Diri Declares