Home Scoop I will Be Inaugurated As Governor In 2023, Ebonyi Speaker Boasts 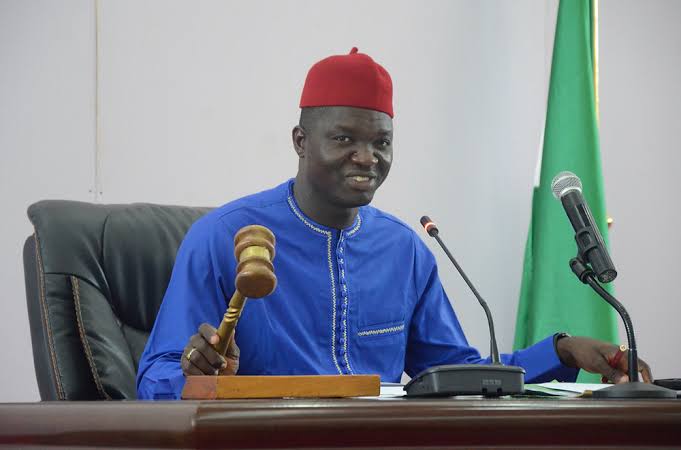 Despite controversies surrounding his candidature, the Speaker of the Ebonyi State House of Assembly, Rt. Hon. Francis Nwifuru, has boasted that he would be sworn in as the next governor of Ebonyi State come May 29, 2023.

Nwifuru stated this on Wednesday during an interactive session with journalists in Abakaliki, adding that there was nothing like parallel congresses conducted by his party, the All Progressives Congress (APC) in Ebonyi State.

According to him, Ebonyi State was one of the states that had a successful gubernatorial primary election.

Nwifuru further disclosed that it was only a former governorship aspirant of the party, Julius Ucha, that petitioned the congress, which he said had been treated.

Nwifuru said: “There was nothing like parallel Congresses in Ebonyi APC. There was no petition from Ebonyi State. Only Julius Ucha submitted a petition and it was treated.

“Ebonyi is one of the five states without petition. I am the candidate for APC in the state. And by the grace of God, I will be sworn in on May 29, 2023. It is better you tell everybody the truth about the party you belong to. I am in APC.”

Out Of The Blues! Okotie Begs Tinubu, Atiku, Others To Step Down For Him...

Anambra Extends Ban On Motorcycles To Nnewi, Ekwulobia Over Insecurity