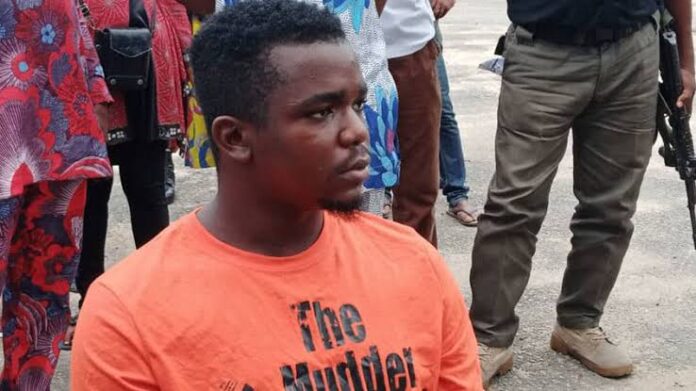 Akpan pleaded guilty on Monday when he was arraigned before a state High Court judge in Uyo, the Akwa Ibom state capital.

The 26-year-old suspect who was arraigned alongside his father, however, pleaded not guilty to the charge of rape.

It would be recalled that Uduak Akpan was arrested in May by the Akwa Ibom State Police Command for allegedly raping, killing and burying the 24-year-old Iniubong, after he had lured her with a fake job interview.

Before Akpan was arraigned on Monday, there were insinuinsinuations that he was being shielded by the police. However, while addressing a press conference, the state Police Public Relations Officer (PPRO) SP Odiko Macdon, said the case file was at the Directorate of Public Prosecution (DPP) and not with the DSS some had claimed, while the suspect was remanded in the State Correctional Centre at Ikot Ekpene.

Macdon said: “It would amount to sheer folly for the police to hands-off the case after going through the hurdles of arresting the suspect under 24hours of allegedly committing the crime, exhuming the victim’s corpse and subjecting the same for autopsy.”

“It is only the police that are empowered by law to handle such cases, and we can’t abdicate our responsibilities.

“What we have now is enough to prosecute and secure conviction; only the police are empowered by law to handle such cases. So why should we transfer the case to DSS?

“Let me assure you that the Command will leave no stone unturned in ensuring that all those cases are prosecuted logically because we have carried out the autopsies and have the result.”

LAUTECH Final Year Student To Spend One Year In Jail Over $104,500 Fraud