Home Scoop I Am Not Involved! Malami Denies Investigating Tinubu 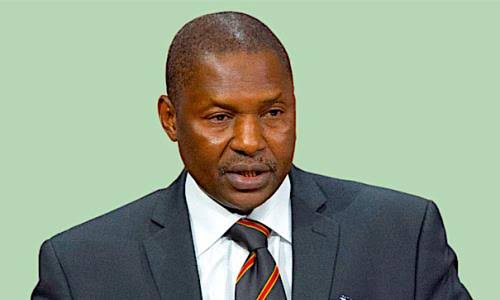 Nigeria’s Attorney-General and Minister of Justice, Abubakar Malami has denied any involvement in the rumoured investigation of the National Leader of the All Progressives Congress (APC), Asiwaju Bola Ahmed Tinubu.

Malami, who made the denial while appearing on Channels Television’s ‘Politics Today’ programme on Tuesday, however declined disclosing if the Economic and Financial Crimes Commission or the Code of Conduct Bureau were investigating Tinubu. He insisted that the two agencies had statutory powers to commence probes and prosecute people.

“The Office of the AGF, as you rightly know, has not taken any decision, has not filed or institute any action before any court in the land relating to Bola Ahmed Tinubu. But then, within the context of the law, as you rightly know, the EFCC and the Code of Conduct are all statutory bodies vested with statutory powers to act within the context of the law establishing them. So, I am not in a position to give you a precise answer.

“The Office of the AGF and its arm, which is the Director of Public Prosecutions, has not initiated any proceedings and no investigation has been instituted at its instance by any agency of the government be it EFCC or the Code of Conduct Bureau”, Malami said.

2023 On His Mind? Gov Ganduje Says APC Has Registered 2.5m Members In Kano

Islamic Clerics Want To Cause Religious War In Taraba With Inciting Videos, CAN Raises...

It’s A Necessary Step! Buhari Defends Borrowing By His Administration