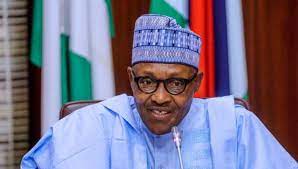 The group made the accusation on Saturday in a statement by its National Coordinator, Emmanuel Onwubiko, and the National Media Affairs Director, Zainab Yusuf to mark the 2021 May 29 Democracy Day.

The group also said that the Buhari administration has destroyed constitutional democracy in Nigeria and called on Nigerians to remain vigilant, adding that the government of the day had “established corruption and permissive economic crimes amongst top federal government officials.”

Lamenting that the President had allowed armed militia to continue to destabilize the North-West region of the country, HURIWA, in the statement, decried the killings of youths in the South-East region by security agents.

“We are convinced that the current administration has increasingly failed to stop the extrajudicial killings of the youngsters in Igbo land under the guise that they are members of the Indigenous peoples of Biafra (IPOB) already banned by President Muhammadu Buhari.

“It will amount to intolerable insanity for any Nigerian to celebrate the Democracy Day given that the president has pocketed both the judiciary and the legislature which are essential institutions to enforce the constitutional checks and balances that are of imperative demand in any constitutional democracy”, the group said.

Islamic Clerics Want To Cause Religious War In Taraba With Inciting Videos, CAN Raises...