Home Crime How We Use ‘African Science’ To Rescue Kidnap Victims – Osun Amotekun... 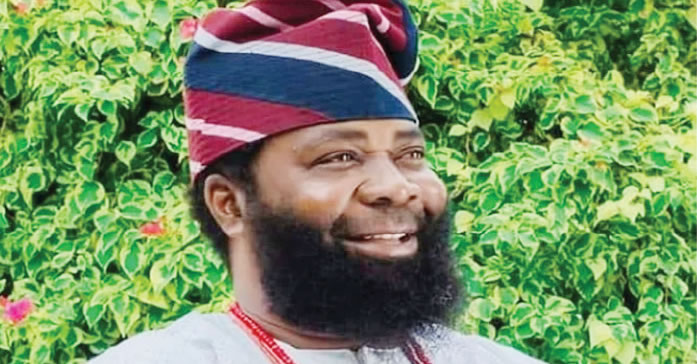 The Field Commander of Amotekun Corps in Osun State, Chief Amitolu Shittu, on Saturday explained how the state security outfit has been employing Yoruba spiritual power, which he called ‘African Science’ to rescue victims of kidnapping in the state.

Shittu, who noted that some kidnap victims were recently released following an experiment of the African science, also assured that as the field commander of Amotekun in Osun State, he would explore extraordinary means to stem the tide of insecurity, one of which included the Yoruba spiritual powers.

He said: “Yes, it (African science) is one of the best tools that we are using today. This is the first time I will be divulging this information to the public. Sometime ago in Osun, some persons were kidnapped and we searched for over 24 hours, there was no clue as to where the criminals had taken the persons to.

“I talked to my people and we got in contact with the families of the victims. We experimented on something and it worked out. The victims were voluntarily released. It was African science which may be in form of prayer in our traditional way. The victims were released, the kidnappers gave them back their phones and every other item they took from them.

“When they were released, we went to their various homes to find out what transpired and they told us that the kidnappers told them that they (victims) were using people from outside who have supernatural powers that were conflicting with theirs.

“Specifically, they told the victims that their link with Amotekun was affecting their operations. That was how they were released. Since then we have been improving on our mode of operation.

“We also succeeded in applying the same method when other people were kidnapped. This time they were travellers who were coming from Ekiti, they were kidnapped along Illa road. These victims were also released voluntarily. It is the Lord’s doing.

“I can go on and on, we have had several interventions in this regard. We are building on the mechanism to ensure those kidnap victims are released freely without parting with ransoms.”

The Amotekun field commander however warned against politicising the security outfit. According to him, Amotekun is still working in the fight against insecurity because politics have not crept into it.

“The moment it is politicised it will be brought down. So, I want to advise the southwest governors not to allow any element of politics to override what will come to outlive them,” he stressed.

Sowore Begs Nigerians To Vote For AAC Ahead of 2023 Elections

Just In: Atiku Announces Okowa As His Runnung Mate