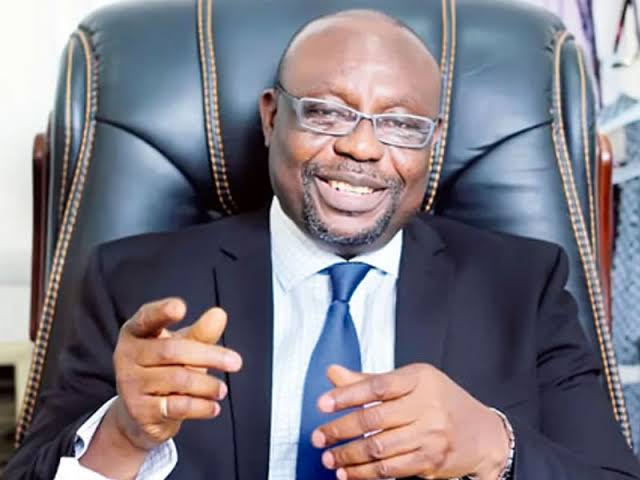 This was disclosed in a statement by the INEC National Commissioner and Chairman Information and Voter Education Committee, Festus Okoye, adding that the burnt office was recently renovated.

According to Okoye, Sunday night incident was not the first time the Commission’s office was attacked in the state lately.

“The Commission met today, Monday 10th May 2021, and discussed a wide-range of issues, including a disturbing report from Abia State. The Resident Electoral Commissioner for the State, Dr. Joseph Iloh, reported that INEC’s recently renovated office in Ohafia Local Government Area has been set ablaze.

“The incident occurred late on Sunday night, 9th May 2021. There are no casualties on the part of our staff on guard duty but the building was virtually destroyed. Apart from furniture items, all electoral materials and office equipment were destroyed”, the statement read.

Continuing, Okoye said: “The matter has been reported to the police for investigation.

“It will be recalled that only last week, the Commission reported an attack on its office in Essien Udim Local Government Area of Akwa Ibom State and expressed anxiety about the impact of such attacks on electoral activities, including the ongoing expansion of voter access to Polling Units, resumption of the Continuous Voter Registration (CVR), pending bye-elections, end-of-tenure elections and ultimately the 2023 General Election.

“The latest incident in Abia State is one too many. This is not the first attack on the Commission’s facilities in the State in recent times. Five months ago on 13th December 2020, the INEC LGA office in Aba South was completely burnt down while that of Arochukwu LGA was vandalised and ransacked in October 2020.

“These facilities are national assets, which must be protected. Accordingly, the Commission is convening an emergency meeting of the Inter-Agency Consultative Committee on Election Security (ICCES) next week to discuss this disturbing trend.

“Meanwhile, the Commission wishes to reassure Nigerians that all activities in relation to the ongoing expansion of voter access to Polling Units and preparations for the resumption of CVR as well as all scheduled elections will proceed as planned.”

Tinubu Jets Out To France For ‘Some Important Meetings’

Osun Guber: Buhari Stayed Away From Oyetola’s Rally As A Sign Of Disapproval Of...

Man Lands In Police Custody For Impersonating Commissioner, Defrauding and Sleeping With 10 Ladies

Politicians Are Responsible For The Rot In The Civil Service, Gov...