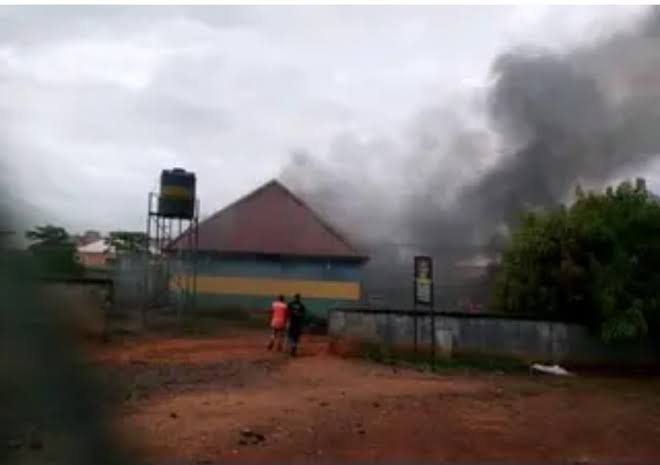 Gunmen suspected to be members of the proscribed Indigenous People of Biafra (IPOB) have razed the Ubani Market Police Station in Bende Local Government Area of Abia State.

A report by Daily Trust revealed that the gunmen, who were armed, attacked the police station in the early hour of Sunday.

The report also indicated that no life was lost in the incident as officers of the station were relocated from the place to a station close to TradeMoore Housing Estate days before.

Naijanewsnow reports that the attack on the Ubani Market Police Station is the latest in a streak of attacks on the police and its facilities in the South-East geopolitical zone.

Victory Over Insecurity Around The Corner, Adeboye Declares In Meeting With el-Rufai

Osun Civil Servants Gets Official Uniform As Oyetola Directs Them To...