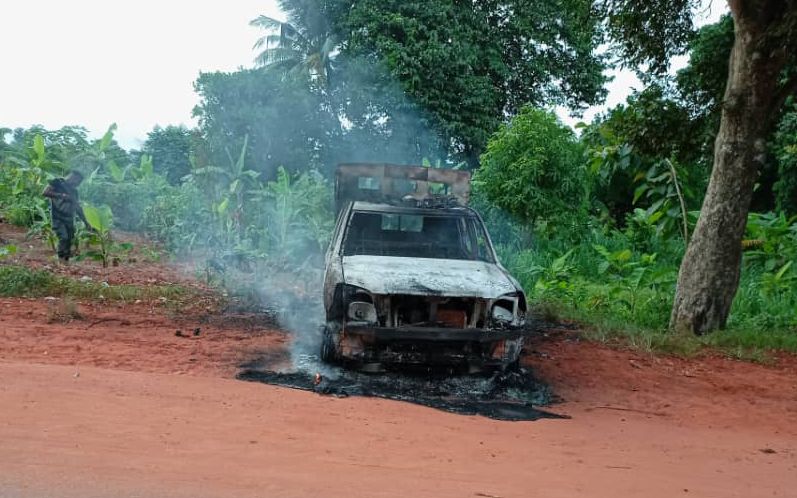 The Delta State Police Command on Wednesday confirmed that a policeman attached to the command has been killed by gunmen in Otulu Akwukwu Igbo community of the state.

The spokesman of the command, Bright Edafe, who confirmed the development on Wednesday, said the policeman was killed at about 6:20am on Wednesday, while a patrol vehicle was also burnt.

Edafe also disclosed that the ring leader of the attack has been arrested.

“Yes, our men were attached this morning about 6:20 am, at Akwukwu Igbo Community.

“One police officer was killed in the attack; they succeeded in burning down a police patrol vehicle.

“It was orchestrated by miscreants of the community, and the ring leader has been arrested and investigation is ongoing”, Edafe said, adding that efforts were ongoing to arrest other fleeing suspects.

Actress Ini Dima-Okojie Says Yes To The Fan That Got Her...