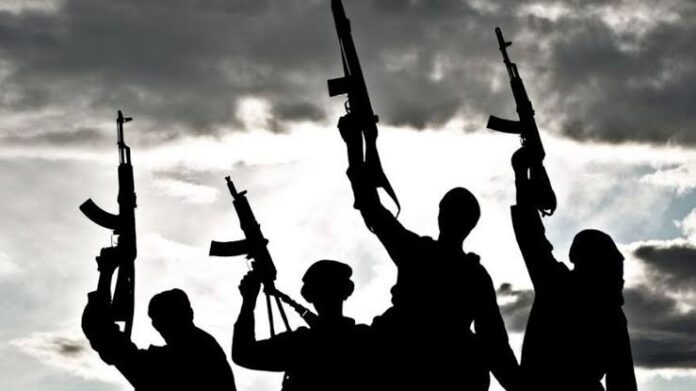 Gunmen on Friday again struck the ancient town of Kabba, headquarters of Kogi West Senatorial district, in Kogi State, killing one person and abducting four others.

The Gunmen were said to have first abducted the Headmaster of Otu Egunbe Primary School around Ayedun and whisked him away. The headmaster was said to be on his way to Egbeda for a program.

The Gunmen then proceeded to Kakun -Kabba, and attacked the community.

During the attack, a leader of the community, Chief Raphael Tolufashe Asa was shot dead while his daughter was abducted.

Also abducted from the community was another leader, Chief Obamakun Maji, and a Fulani man whose name was yet to be ascertained.

The gunmen were to have contacted the family of the victims and demanded for N30 million ransom as ransom before the victims can be released.

The state Police Public Relation Officer, DSP William Aya, who confirmed the story, however said security personnel have been mobilized to secured the release of those abducted.

The abduction is the fourth in series within the past 5 weeks; following the attack on the minimum security Prison in the town, the abduction of three poultry farmers, followed closely by the attack on a Sunday service at a branch of ECWA church, all in the same community.

Nigeria: It’s Better We Seperate Than Keep Slaughtering Each Other – Mailafia

Police Warn Against Planned Protest Over ‘ill-Conceived Perception of Insecurity’ in...