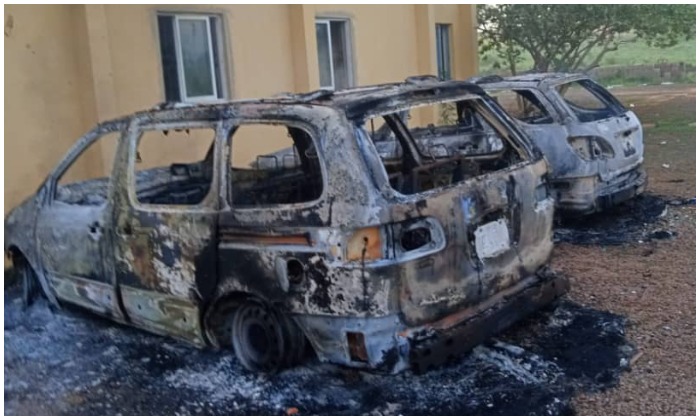 Police facilities in the South-East geopolitical zone again came under attack, as gunmen numbering about 20, attacked the Zonal Police Headquarters, Zone 13, Ukpo, Anambra State in the early hours of Monday.

The gunmen were said to have razed some offices and scores of vehicles during the attack. The motive behind the latest attack is yet to be known.

A police officer, who pleaded anonymity, said the hoodlums were prevented from getting into the armoury department of the facility.

He said: “Our men prevented them from having access into our armoury. I can’t tell you the number of casualties now because we have scanty information about the development.”

Also, an eyewitness said there was heavy gunshots before the offices and vehicles were set ablaze.

There is yet to be an official confirmation from police authorities on the latest attack on police formations in the South-East, prominent among which was the attack on the Imo State Police Command Headquarters in Owerri.

Why Baba Ijesha Is Still In Our Custody – Lagos CP, Odumosu

State Of The Nation: Obasanjo, Sultan, Others To Meet In Abuja, As Group Accuses...

NAFDAC DG blames cabal for the removal of operatives from ports