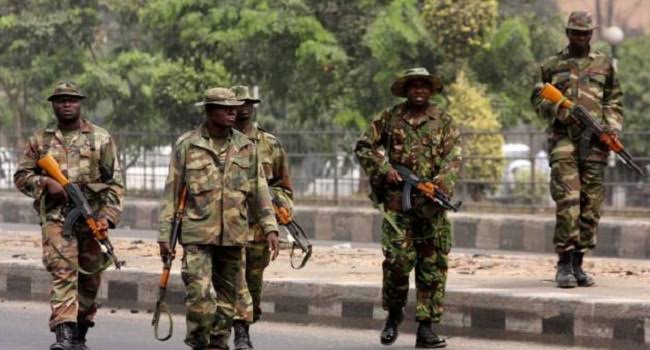 The Nigerian Army on Thursday said 10 soldiers and an officer have been killed by suspected criminals in Benue State during a routine operational task when they came under attack.

The spokesman for the Army, Brig. Gen. Mohammed Yerima, in a statement on Thursday, said the troops were initially declared missing but their bodies were later found by a search and rescue team in Konshisha Local Government Area of the state.

“The troops comprising one officer and 10 soldiers were initially declared missing which prompted the deployment of a joint search and rescue team comprising NA troops and personnel of Operation Whirl Stroke.

“The search and rescue team, unfortunately, found all the missing troops dead in Konshisha LGA of Benue State.”

According to Yerima, the bodies of the slain troops were evacuated immediately, adding that efforts are being made to track and apprehend the perpetrators of the crime and bring them to justice.

Nigerians Are Proud Of You, Gbajabiamila Celebrates Buhari As He Turns 79

Finally, FG To Arraign 400 Suspected Sponsors Of Terrorism On Sept...

Soldier In Detention For Beating Nurses Attending To Pregnant Wife in...