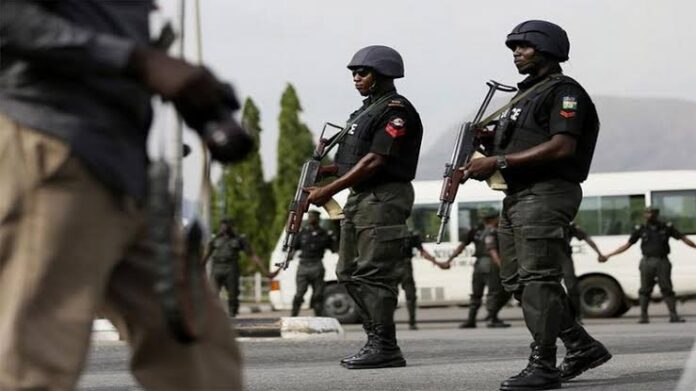 Three policemen were on Friday killed by gunmen in Umutu Community of Ukwuani Local Government Area of Delta State in am attempt to burn down the Divisional Police Station in the community.

The gunmen were said to have stormed the Umutu Police Station around 2 am. Though they did not succeed in burning down the station, the gunmen killed two police constables and one Assistant Superintendent.

A source who confirmed the development, said: “It was not clear if the gunmen carted away arms and ammunition from the police station but officers were killed.”

He said: “Due to the proactive measure already put in place by the Delta State Commissioner of Police, they were faced with stiff resistance by the policemen on duty who gave them a tough fight.

“But the armed men had to retreat when they saw that the policemen on duty were not relenting, two of the armed bandit were gun down while others were injured.

“They quickly carried their dead bodies and ran away, but the command lost two policemen, while one ASP died out of High Blood pressure in the hospital.”

Your Call On Mattawale To Resign Is An Empty Threat, APC Fires Back At...

Unity Bank Embroiled In Another Scandal, As Civil Servants Shut Down Operations Over Diversion...

The Devil At Work! Prophet Arrested For Raping Pregnant Woman In...