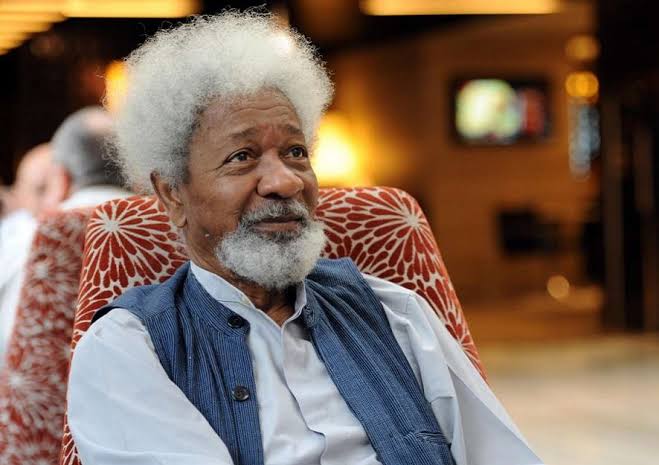 Nobel laureate, Prof. Wole Soyinka, has made a grim prediction, declaring that Nigeria may not celebrate another Democracy if the system of government is not decentralised.

The Nobel Laureate made the prediction during an interview with Arise News which focused on the June 12 Democracy Day that was celebrated on Monday.

Soyinka, who lamented that the country is on a suicide slide, advised the President Muhammadu Buhari to listen and take action against the challenges which are causing people to demonstrate.

He said: “And that is what’s happening to people in the streets. That’s why they are moving, that’s why they are demonstrating; that’s why they are defying even threats from the police and the government – If you demonstrate, we will do this, if you do this, we will deal with you, we will talk to you in language which you understand – it does not wash with anybody any longer. Because if a nation is on a suicide slide, the people who feel that they do not deserve that kind of suicidal plunge have a right to say they are getting off this plane before it nosedives.”

“I am saying this whole nation is about to self-destruct and I am not the only one saying it, except Buhari and his government listen and take action, we would not celebrate another Democracy Day come next year.

“Take for instance the position of the Southern governors on open grazing, at least 50 per cent of a nation are saying that within this democratic dispensation we are operating, we are saying on behalf of our people, we do not want open grazing anymore and then somebody sits in Aso Rock and says to them, I am instructing my Attorney-General to dig up some kind of colonial law, which arbitrated between farmers and herders.