Home Scoop ‘God Will Not Forgive Buhari If Nigeria Goes To War’ – Gani... 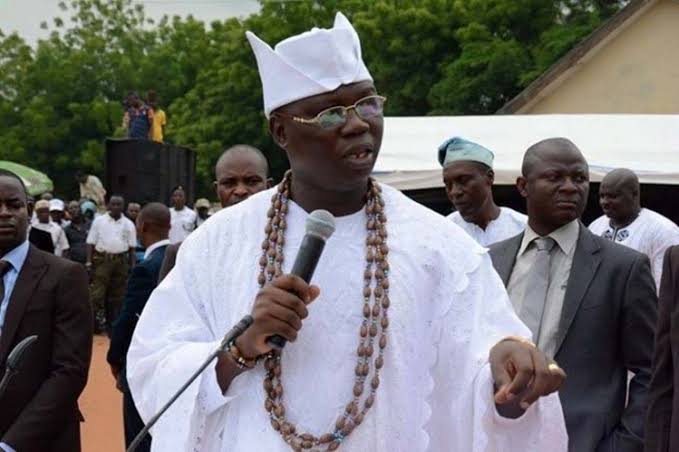 The Aare onakakanfo of Yorubaland, Gani Adams, on Sunday, warned President Muhammadu Buhari against plunging Nigeria into another civil war, saying that “God will not forgive him if the country goes to war again.”

Adams stated this during his 51st birthday thanksgiving programme held in Lagos, expressing worry at the growing spate of insecurity across the country.

According to Adams, who is also the leader of the Oodua Peoples Congress (OPC), “Calls for secession are genuine and legitimate”, adding that “such calls are pure demonstrations of Federal Government’s failure to address pressing issues that are capable of destroying the foundation and future of the country”.

The OPC leader also said he was displeased at President Buhari’s attitude to the myriads of security challenges in the country, pointing out that Nigeria has never had it so bad in history, regretting that killer bandits have taken over the country, and that “daily killings and abductions can set the country on fire”.

Adams, who insisted that Buhari’s silence on the security situation in the country is not golden, stressed that “the president’s body language is already fueling disunity in Nigeria”.

“With clear nepotism, corruption and insecurity, the future of this country hangs in the balance.

“Schools are being shut, churches, mosques are not spared. Bandits are gradually leading the country into a tailspin and the president seems to have been bereft of ideas.

“What we experience daily now in Nigeria is enough to set the country on fire. A section of the country lording itself over other sections. Yet they said we shouldn’t talk, that our calls for O’odua Republic was done in bad faith. How can you explain the killings, kidnappings and banditry spreading in North, East, West and South?

“One of the greatest problems of this government is nepotism. One begins to wonder why Mr. president is insensitive to the plights of others, especially, to the sorrow and agony of citizens losing loved ones to bloodshed. In sane climes, love transcends ethnic, racial or political boundaries. You must blink with pain to see people die or university students being killed amounts to cold-hearted indifference.”

Umahi Slams Agitation For Succession In South-East As Madness, Exonerates MASSOB From Violence

Nigeria’s Security Challenges Would Have Been Worse If Not For Buhari...