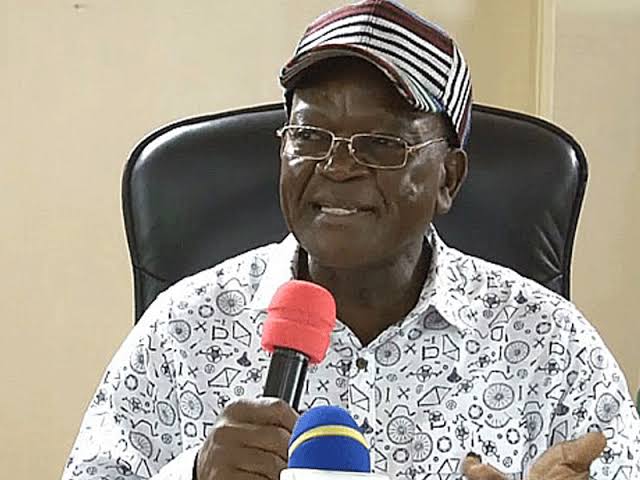 Governor Samuel Ortom of Benue State has called on residents of the state to acquire weapons to defend themselves against armed invaders who have been attacking and killing the people of the state.

Governor Ortom made the call while speaking to journalists on Monday in Ibadan, the Oyo State capital where he attended the Peoples Democratic Party Governors’ meeting, urging Benue Residents to stand up against armed invaders in their communities, even if it meant taking up weapons.

He said: “I have told my people to defend themselves. You can’t sit down in your house for people to come from somewhere and kill you.

“If you don’t have weapons required by the law, go to your neighbour and get one. Everybody in Benue, both men and women should defend themselves.”

NaijaNewsNow reports that the Benue State Governor has been in the forefront of those calling for Nigerians to be allowed to carry weapons for self defence in the face of unprecedented security challenges facing the country.

PDP Is Misinforming Nigerians, Sabotaging Buhari Just To Return to Power in 2023 –...

Kokori Drums Support For Tinubu, Says He’s Only Him Can Break...

US To Release 50 Million Barrels From Reserves To Force Down...