Home Scoop Ganduje Speaks On ‘Dollar Videos’, Vows To Deal With Those Behind It 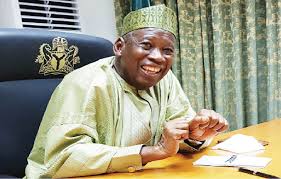 Kano State Governor, Abdulahi Ganduje has finally reacted to viral videos that purportedly showed him taking bribes in US dollars in 2018, vowing to deal with those behind them.

Ganduje, in an interview on BBC Hausa programme aired on Friday evening, said the videos are fake and that an underground investigation is ongoing on the matter.

‘Only A Moron Will Equate Money To Self-Determination’, IPOB Replies FG

In PDP, It’s North’s Turn To Produce The President – Bala...