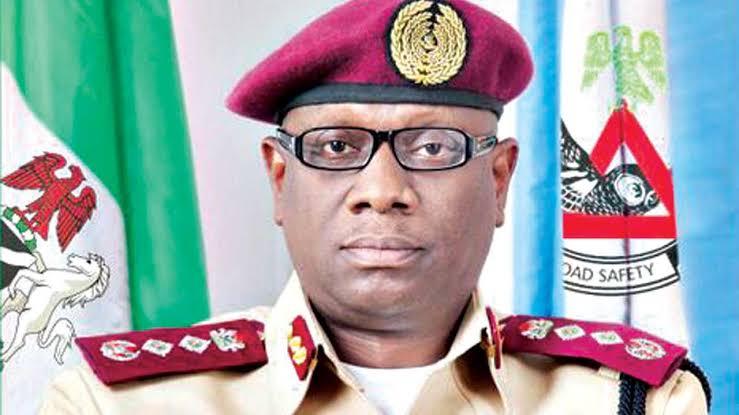 The Corps Marshal of the Federal Road Safety Corps (FRSC), Dr Boboye Oyeyemi has expressed shock over the death of the late Chief of Army Staff (COAS), Lt Gen. Ibrahim Attahiru, who died in the ill-fated Nigeria Air Force Beachcraft 350 Aircraft at the Kaduna International Airport on Friday evening.

The Corps Marshal, who described the unfortunate incident as saddening and a great loss to the nation at this critical period when the Armed Forces is committed to winning the war over the insurgency in Nigeria, prayed for the repose of the souls of the gallant officer and those of other Officers and crew who died in the same ghastly air crash.

Oyeyemi stated this in a statement on Sunday by the Corps Public Education Officer, Assistant Corps Marshal Bisi Kazeem.

While condoling with the President, Commander-in-Chief of the Armed Forces of the Federal Republic of Nigeria, President Muhammadu Buhari, the Nigerian Armed Forces, families and friends of the late COAS and other military officers and crew, Oyeyemi enjoined all to take solace in the fact that the late COAS lived am exemplary and patriotic life worthy of emulation by all.

Oyeyemi further described the late COAS as a disciplined, forthright, committed and professional military officer, who was unwavering in fighting and winning the war, not only against insurgency and returning peace to the nation, but partnering with the FRSC to ensure safer road environment for all road users.

The FRSC boss also prayed that Allah gives to the President, members of the Armed Forces and the immediate family and friends the deceased the fortitude to bear the great loss..
“May the Almighty Allah forgive his shortcomings and grant him and others Aljanah Firdaus,” the Corps Marshal added.