Home Scoop Forget About My Support If You Contest Under APC, Wike Tells Jonathan... 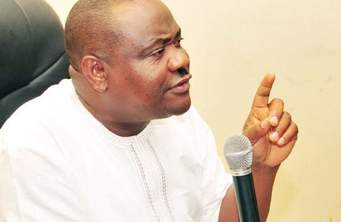 Governor Nyesom Wike of Rivers State has declared that he will not support former President Goodluck Jonathan if he decides to contest on the platform of the All Progressives Congress {APC} for the 2023 presidential election.

Wike made the declaration while speaking to BBC Pidgin on Saturday in Port Harcourt, adding that even Jonathan knows that he would work against him if he contests on the platform of the APC.

“He knows I won’t support him in APC even though he is from the South. I don’t do that kind of politics. It is party we are talking about and I don’t play ethnicity.”

And Onochie Bites The Dust! Senate Rejects Her Nomination As INEC Commissioner

Suspicious! APGA Kicks Against Use Of Electoral Materials From Imo For...