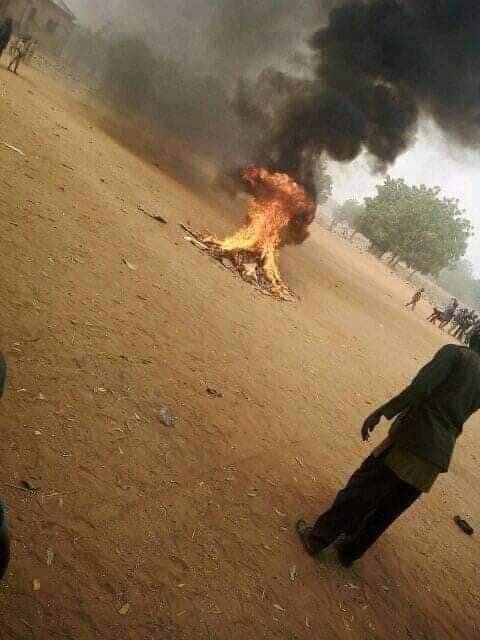 According to a report by Sahara Reporters, Mai Ruwa was dragged away from his house on Tuesday in the presence of his mother and burnt to death in the middle of the community, adding that youths contributed money to buy petrol with which he was set ablaze.

“The young man was killed by a mob in Sade town for allegedly insulting Prophet Muhammad. He was dragged from his house by a mob and forcibly set ablaze after being tied to an old car tyre.

“The village youths donated money to buy the petrol that was used to burn and kill Talle Mai Ruwa,” a resident narrated.

It was further gathered that some youths had earlier dragged the deceased before Islamic clerics where he was asked questions. After the questioning session, the clerics reportedly told the crowd that Talle Mai Ruwa deserved to be killed.

“The mum stood and watched while fire consumed Talle Mai Ruwa until he was reduced to ashes,” a source disclosed.

Buhari Will Consider The Interest 200M Nigerians In Deciding On Release Of Nnamdi Kanu...

Policemen Have Surrounded My House, Journalist Agba Jalingo Cries Out

Omicron: UK To Remove Nigeria, Others From Travel Red List

#BreakTheBias: Nigeria must not be missing in a progressive new world...