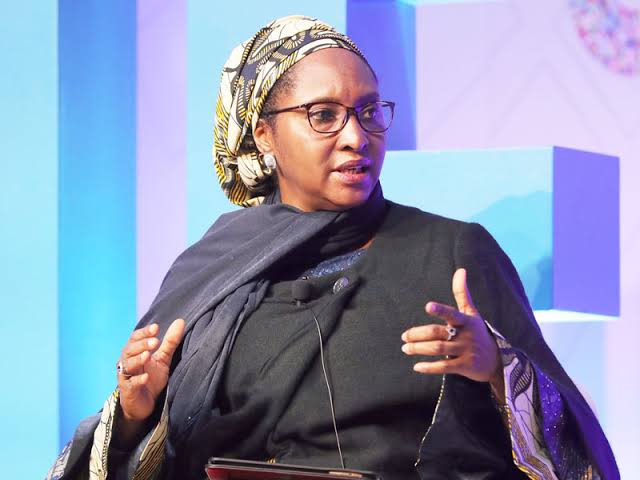 The Peoples Democratic Party has called on President Muhammadu Buhari to sack Nigeria’s finance minister, Zainab Ahmed, over the alleged printing of N60 billion by the Central Bank of Nigeria and her attempt to cover it up.

The party made the call in a statement by its national publicity secretary, Kola Ologbondiyan, condemning the attempt by the Buhari-led regime to deny the printing of N60 billion by the CBN.

NaijaNewsNow reports that Edo State Governor had alleged that the Federal Government printed N60 billion to augment allocation to the three tiers of government for March, but was denied by the finance minister, who described the claim by the governor as sad.

However, the Governor of the CBN, Godwin Emefiele, later gave a hint that the money could have been printed to support the economy.

According to the opposition party, “the admission by CBN Governor, Godwin Emefiele, that the apex bank has been printing money at the bidding of government, has vindicated its earlier stand that the Buhari-led APC administration is characterized by concealments, deceit, and falsehood”.

The statement read in part: “Governor Obaseki, as a financial expert, who is not known for flippancy, must be commended for his act of patriotism in exposing the dire economic situation our nation has been plunged under the Buhari administration.

“A situation where the Federal Government cannot articulate and implement policies favourable to wealth creation but resorting to borrowing and indiscriminate printing of currency notes, only goes to further confirm that the Buhari administration lacks the credibility and capacity to run a nation.

“Indeed, the admission by the CBN governor that “Nigeria is unfortunately in a very bad situation” further justifies our position that the Buhari-led APC administration has wrecked the economy of our nation.

“Our party is worried over the huge negative impact of indiscriminate printing of currency which has led to the unprecedented rise in inflation rate to 18.17% as disclosed by the Bureau of National Statistics on Thursday.

“This situation has led to further economic hardship with surging prices and fallen purchasing power throwing millions of families in distress and unable to afford the basic necessities of life.

“The PDP calls out President Buhari to come clean on the amount that has been printed so far by the CBN to finance the deficit caused by the financial mismanagement of his government as well as what the funds had been used for.

“Furthermore, for failing the full disclosure test, the PDP demands that the Minister of Finance should immediately be relieved of her position, while the President accepts responsibility for the indiscriminate printing of currency in our naira.

“Our party implores President Buhari to save our nation by allowing better hands to manage and salvage our economy before it is too late.”

Igboho’s Fate To Be Determined On Monday, Cotonou Based Lawyer Reveals

UNIOSUN Confirms Its Student Was Set Ablaze For Refusing To Join...