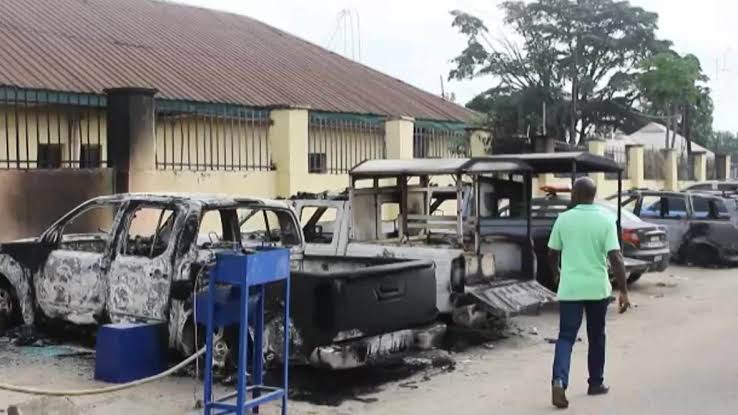 A police officer at the headquarters, who spoke to newsmen under the condition of anonymity, said that on arrival, the gunmen opened fire on the cops who challenged them, freeing all the suspects in the cells and carted away arms.

The source said, “Our area command headquarters in Okigwe south is on fire. Six policemen shot dead. They also freed the suspects before igniting a fire on the facility.”

However, the spokesperson of the police in the state, Orlando Ikeokwu, said that five policemen were killed while one was missing during the attack, adding that the command has launched an investigation into the onslaught.

Igbo Youths Protest Against Ebubeagu, Vow Not To Stop Until Uzodinma...