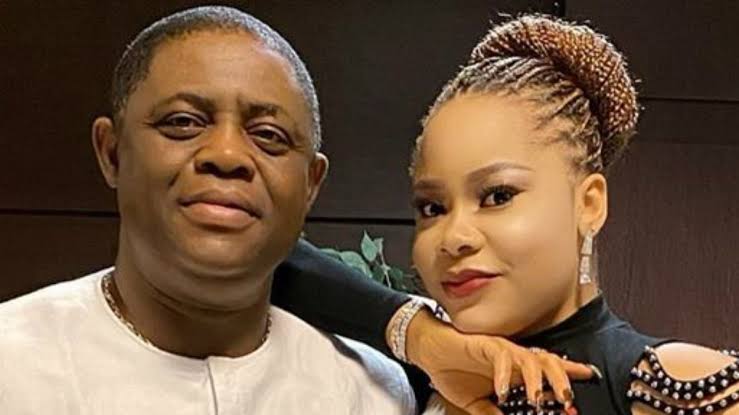 The estranged wife of a former Minister of Aviation, Femi Fani-Kayode, Precious Chikwendu, has opened up on the horrific details of her alleged abusive marriage to Fani-Kayode.

Precious, who denied being a gold digger or that she married the former minister because of his money, said when she met Fani-Kayode, all his accounts had been frozen by the EFCC and that she had been living comfortably, even while she was in school as she was into modelling and had a chain of businesses.

Precious, a former beauty queen, also disclosed that her marriage to Fani-Kayode was extremely abusive, as she endured several beatings, humiliating treatments in front of his personal bodyguards and the Police, especially one CSP Aisha Yesufu, the former District Police Officer (DPO) of the Asokoro Police Division, through whom she was humiliated several times.

She said: “During one of his domestic abuse with the DPO Aisha and her team from Asokoro police station, FFK instructed that they handcuff and strip me Naked. It was done in the presence of his domestic staff, bodyguards and attached VIP police officers. They injected me with a strange substance, and I lost consciousness. I woke up in a facility, which they later told me is a hospital, not knowing the number of hours or days I stayed there. My triplets were six months old at that time.

“As I say this, I am very afraid for my life. He keeps threatening me at every turn. I have since petitioned the Police but nothing has been done yet but I’m only trusting God.

“The intervention of family members and FFK’S social circle was one hold back factor that kept me in the relationship much longer. Notwithstanding how dangerous, especially from Femi’s mental health challenges. I wanted to leave the marriage a long time ago but could not due to the fear factor of FFK. He often lectured me on the crime of passion and how I will not live to tell the story or being looked at by another man. The fear of Femi losing it and hurting my children in retaliation for my leaving did not help matters. Moreover, the death of both my parents within a short space of time made me more vulnerable.”

Freedom At Last: DSS Releases Eight Out Of 12 Igboho’s Aides...