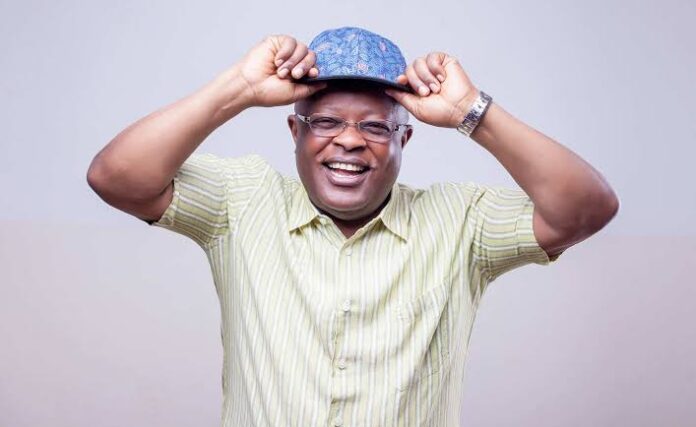 The Peoples Democratic Party (PDP) Governors’ Forum (PDP-GF) has expressed outrage over the disparaging comments made about the PDP and its governors by the Ebonyi State Governor, Dave Umahi.

Umahi had, in a television interview, said, “One or two governors that own PDP, their body language suggests that they are against zoning and I can tell you from reliable source that they are thinking just for their own interest.”

In a statement on Saturday, titled ‘Umahi should face APC misrule and his frustrations,’ signed by the Director General of the PDP-GF, Hon. CID Maduabum, in Abuja, the governors accused Umahi of sabotaging the PDP during the 2019 elections while he was still a member.

“The PDP Governors Forum is outraged at the attempt by the Governor of Ebonyi State, David Umahi, who illegally and immoraly [sic] sits on a PDP mandate and calls himself an APC Governor, to turn truth on its head.

“Umahi left PDP for APC, according to him, because of the love he has for President Buhari, among other flimsy reasons, irrespective of the maladministration and daily incidents of destruction of lives and properties currently going on in Ebonyi State and the entire country under the watch of APC.

“Umahi sabotaged the PDP in 2019 elections in his quest to deliver 25 percent to his APC benefactors. It took the determined resistance of Ebonyi people to checkmate him. It was good riddance that he subsequently left PDP for APC instead of continuing his role as an APC mole.“

Speaking further on the issue of zoning, the PDP-GF, said: “We advise Umahi to face his frustrations in APC and not drag PDP and her governors into it.

“PDP is an independent political party with workable structures and method of doing things. It’s not an appendage of the APC or, indeed, any other association or group.

“The PDP will take its decision on the issue of zoning political offices at the appropriate time. Even the APC has not taken any decision yet on zoning.

“Different groups and interests are advancing arguments to defend their positions as is required in a democracy. At the end of the day, decisions will be taken by each political party.

“The PDP is single minded in its resolve to boot out the APC in 2023 and would craft strategies to achieve same in the national interest as APC currently represents an existential threat to Nigeria’s democracy and survival. Indeed all Nigerians have a duty and responsibility to end this long nightmare of APC misrule.“