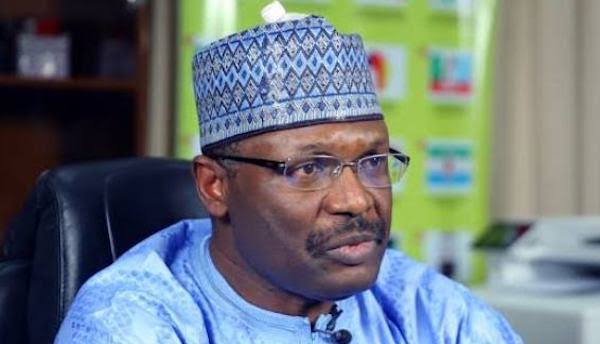 The Chairman of the Independent National Electoral Commission (INEC), Professor Mahmood Yakubu has said that the Economic and Financial Crimes Commission (EFCC) will soon Charge those caught buying votes during the Ekiti State governorship election to court.

Yakubu also expressed the readiness of the commission to work with stakeholders to curb anticipated cases of vote buying in the July 16 Governorship election in Osun state.

The INEC Chairman disclosed this on Saturday in Abuja at a special meeting of the Inter-agency Consultative Committee on Election Security (ICCES), which was convened to review security arrangements for the Osun State Governorship Election.

He said: “Arising from the experience in recent elections, vote buying remains a major area of concern. We appreciate the role played by the anti-corruption and security agencies in apprehending some of the perpetrators of this brazen assault on our democracy.

“In particular, we are working with the Economic and Financial Crimes Commission EFCC to ensure the prosecution of persons arrested in the recent Ekiti Governorship election. Action will commence as soon as the EFCC completes its investigation.

“I appeal to all security agencies to continue to join hands with the Commission to tackle this menace”.

Yakubu also disclosed that the Commission will next week deploy a readiness assessment team to Osun State to assess its preparations for the elections.

“We will visit some of our Local Government offices in the State, hold meetings with our staff, brief the Council of Traditional rulers to solicit the support of their Royal Majesties for peaceful elections and meet with the security agencies and transporters.

“We will also observe the mock accreditation of voters in some Polling Units across the three Senatorial Districts of the State to test the functionality of the Bimodal Voter Accreditation System BVAS.

“A few days to the election, we will return to Osun State to meet with the stakeholders and for the signing of the Peace Accord by political parties and candidates under the auspices of the National Peace Committee”, Yakubu added..

He noted that arising from the experience of the recent Ekiti State Governorship election, the Commission is keeping a close watch on the security situation in Osun State, adding that though the situation is generally calm at the moment, INEC is nevertheless concerned about reports of clashes in some places.

“In one recent example, the collection of Permanent Voters Cards PVCs was disrupted in Erin Oke and Erin Ijesha Wards of Oriade Local Government Area resulting in the loss of 46 PVCs. While the matter is being investigated by the police, the collection of PVCs for the affected Wards is now taking place in the INEC office in Ijebu-Jesha.

“Meanwhile, the State office has compiled the Voter Identification Numbers VINs of the cards and the Commission has already reprinted the PVCs for the affected voters. I would like to assure all valid registrants in Osun State that no one will be disenfranchised on account of such incident. It is futile for anyone to attempt to vote using another person’s PVC. The BVAS biometric accreditation will expose such fraud and persons apprehended will be prosecuted under the law”, Yakubu stated.

Speaking further, Yakubu reassured Nigerians who applied for Certified True Copies CTCs of documents arising from the recent party congresses, primaries and nomination of candidates that all requests are being attended to expeditiously despite the huge quantities of documents involved.

He said: “Nigerian elections, especially the conduct of primaries for the nomination of candidates by political parties, is one of the most litigated in the world.

“As at yesterday evening (Friday 1st July 2022), 216 requests have so far been processed involving the certification of over One Million Six Hundred and Fifty Thousand (1,650,000) pages of documents.

“Indeed, there are now far more cases challenging the breach of internal democracy within political parties than those involving the conduct of the main elections by INEC. We will continue to work round the clock, including the weekends, to ensure that we attend to all applications received at the headquarters of the Commission promptly”.